Rajkummar Rao Explains Why Aligarh is an 'Important' Film 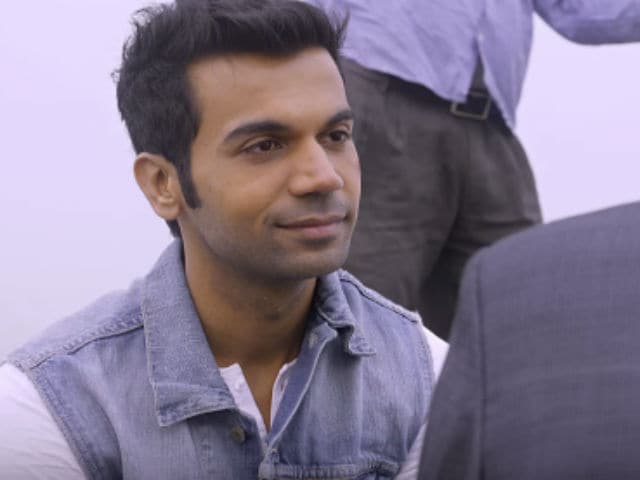 Rajkummar Rao in a still from Aligarh.

Aligarh, which also stars Manoj Bajpayee, is based on the real life story of Professor Shrinivas Ramchandra Siras of Aligarh Muslim University (AMU), who was persecuted and ostracised for being gay. Manoj plays the protagonist and Rajkummar plays a journalist who reveals his story to the world. Aligarh will release on February 26

Actor Rajkummar Rao said that he is proud to be a part of Hansal Mehta's Aligarh as he feels that the film doesn't take the conventional route of depicting gay characters onscreen.
Aligarh, which also stars Manoj Bajpayee, is based on the real life story of Professor Shrinivas Ramchandra Siras of Aligarh Muslim University (AMU), who was persecuted and ostracised for being gay. Manoj plays the protagonist and Rajkummar plays a journalist who reveals his story to the world.
"I am uncomfortable with how gay people are shown in comedies and films. I don't agree with it. I anyway have a problem with anything that is caricaturist or over the top in nature. Aligarh is an important film because it shows these people like anyone else," Rajkummar told PTI.
Rajkummar also said that he fell in love with the script of Aligarh.
"A good script is rare. 80 percent of what we get is plain boring or conventional. Aligarh is one of the most beautifully written scripts ever. I can't say no to a story like this. I knew we were making something very important. This would make people talk about the issue. As an artiste, there was no hesitancy on my part. We wanted to tell this story with full conviction," said Rajkummar.
Rajkummar's character is inspired by journalist Deepu Sebastian.
The actor said that he could not meet Deepu while filming Aligarh. However, he got to speak to the journalist over the phone.
"My character is based on Deepu Sebastian. I spoke to him a number of times and tried to figure out his way of working. He was very open about everything, supportive and was all for the cause and the movie. He shared many recorded interviews with me which helped me pick his accent. I could not meet him at that time though," he said.
Deepu Sebastian also loved the film.
"I met him after the first screening and the first thing, which he told me was, 'I never kissed my editor.' I told him, 'It is okay. No one will judge you on that.' He is a very sweet boy. He was very happy after seeing the film. He liked my performance too. He was close to professor Siras, though he never met him personally. In the film, we have fictionalised this part," said Rajkummar.
Rajkummar also said that he enjoyed working with Manoj in the film.
"Working with him was wonderful. Acting is about reacting to the other person. Manoj sir creates such magical moments onscreen that it feels amazing working with him," he said.
This is Rajkummar's third collaboration with Hansal Mehta, after Shahid and CityLights and the actor admits that he takes it as a huge responsibility to deliver his best. (Also Read: Aligarh Controversy is Cheap Publicity Stunt, Says Pahlaj Nihalani)
"We just connect. It has happened to a lot of director- actor pairs like Hrishikesh Mukherjee worked with Amitabh Bachchan and Amol Palekar a lot, Martin Scorsese worked with Robert De Niro and Leonardo DiCaprio all his life. We also found our voice together. We understand each other really well and Hansal challenges me as an actor which is very good for me," said Rajkummar.
Aligarh will release on February 26.