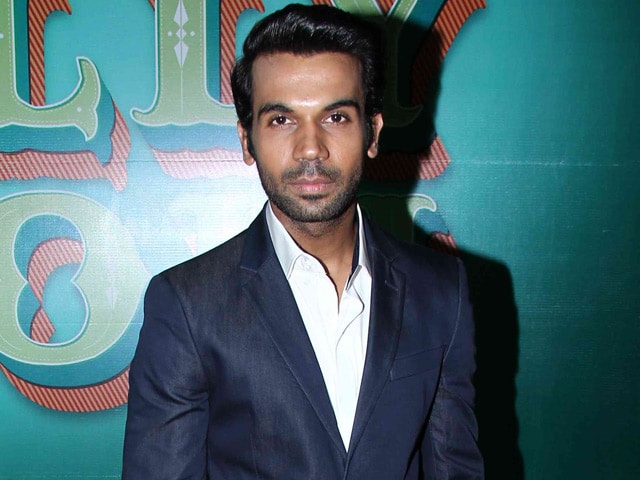 Rajkummar Rao at an event of his upcoming film Dolly Ki Doli.

Rajkummar Rao is comfortable experimenting with different roles, but he has his reservations about taking up a sex comedy

National Award winning actor Rajkummar Rao is comfortable experimenting with different roles, but he has his reservations about taking up a sex comedy at this juncture.
From films like Love, Sex Aur Dhokha, Ragini MMS, Shaitan and Shahid, Rajkummar has gone on to feature in movies like Kai Po Che, Queen, CityLights and now the forthcoming Dolly Ki Doli.
When asked if he's ready to do a sex comedy, he said, "I'm not comfortable doing a sex comedy, but if there is a script that would match my sensibilities, I would like to do it. I'm always in search of good scripts."
Dolly Ki Doli is a woman-centric movie, starring actress Sonam Kapoor and Rajkummar finds nothing wrong being a part of it.
"I don't think there is anything wrong in doing women-oriented films. I did CityLights and in between, if you get good scripts, I think one must do them. The script of Dolly Ki Doli was great and my character in this film is very different," he said.
Directed by Abhishek Dogra, the film is produced by Arbaaz Khan and is releasing on January 23.