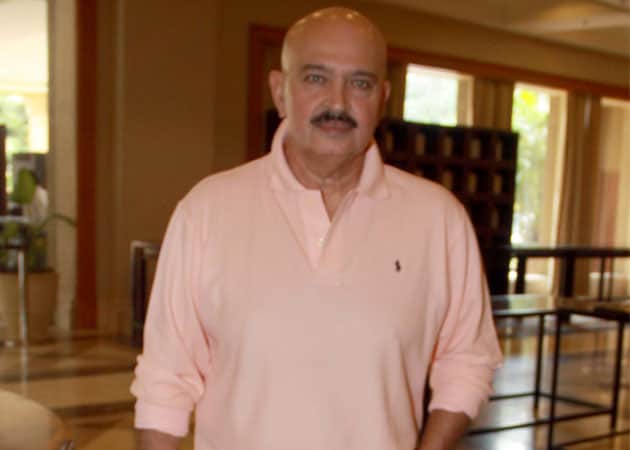 Filmmaker Rakesh Roshan feels portraying a villain in Hindi films is easy but projecting a super villain is an daunting task.

Filmmaker Rakesh Roshan feels portraying a villain in Hindi films is easy but projecting a super villain is an daunting task.
Roshan's upcoming Krrish 3 is the third film in the sci-fi genre after hit films Koi Mil Gaya and Krrish. "Krrish has been established as a superhero. The difficulty was how to make a super villain. We had to make sure the powers of super villain were more than that of superhero. It is all been very difficult. To make a villain is very easy in Hindi films but to make a super villain is very difficult," Roshan told PTI.
"To make a super villain was a creative call and not a commercial one. Now who will be in his gang, so we have mutants - one of it is Kaya (Kangana Ranaut)," he said.
Roshan contemplated putting Krrish 3 on back burner as creatively things weren't working out. "In a superhero film there is a superhero and a super villain. Hollywood makes a one and a half hour film... they meet, they fight, they meet they fight. But the content value is not that much. In Indian films they need content. I wasn't getting good content which would satisfy me," he said.
Roshan wrote two scripts for Krrish 3 and wasn't happy with both of them and he started working on some other subjects. But, at the back of his mind, Krrish 3 was there. "This is a new genre for me because we don't make such kind of films. We are not trained to make such films. Hence, it was challenging as well as exciting. Hollywood has been making such films for last 40-50 years," he said.
"When you know your story is strong, then all special effects, vfx etc are just decorations. I see a lot of films and special effects are a part of your imagination," he said.