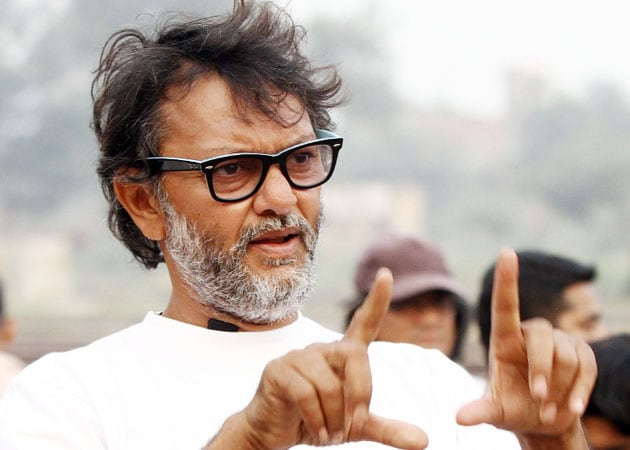 Rakeysh has spent close to three decades in Indian showbiz

The footprint of the over $2 billion Indian cinema industry is rapidly growing overseas, says National Award-winning filmmaker Rakeysh Omprakash Mehra. He stresses that while non-traditional markets are vital, the USA, powered by a three-million strong Indian diaspora, remains the biggest international market for Indian moviemakers.
"America is an important market for us. It is important for us to have a (wide) presence there as it is the final frontier for the business of films and the biggest market for us overseas," Mehra told IANS before leaving for the USA earlier this week. (Also read: Rakeysh Omprakash Mehra: E-voting will be a convenient option for travelers )
He is currently in Tampa Bay, Florida for the International Indian Film Academy (IIFA) weekend and awards, which is Bollywood's biggest celebration on international shores.
IIFA has so far travelled to places like London, Amsterdam, Johannesburg, Bangkok, Macau and Singapore, leaving indelible impressions of Hindi cinema and giving an impetus to tourism in each of these places over the years. In its 15th year, the four-day extravaganza has made its debut in the US, the world's largest economy, and Mehra believes this is "more seminal" than one thinks it is. (Also read: Saiyami Kher is Rakeysh Omprakash Mehra's Sahibaan )
"There's a FICCI-IIFA Global Business Forum, where various important talks take place. I have been on the advisory board for IIFA and I feel they are doing a great job by opening the doors for our cinema in more ways than one," he added.
From his career as an ad filmmaker to a feature filmmaker, Mehra has spent close to three decades in Indian showbiz. He has also witnessed the escalating demand and interest of the foreign markets in cinema from the country.
"I remember taking Rang De Basanti (in 2006), the market in the US is most certainly growing. Now we have our films in the USA, the UAE, Australia and Britain, but we need a stronger presence in the USA, and we need to go beyond the diaspora to explore more non-traditional markets," he said.
Rakeysh's last entertainer, Bhaag Milkha Bhaag, a biopic which was recently named the best popular film providing wholesome entertainment by the National Film Awards jury, was released in multiple territories abroad - the USA, Australia, Britain, Fiji, Singapore, Thailand, Malasiya, Hong Kong, East Africa, South Africa, Indonesia, the UAE and New Zealand.
The film has already bagged nine technical awards at IIFA, and it is the frontrunner with 10 nominations as far as the popular awards of the gala are concerned. The winners will be announced during the culminating night Saturday.
Meanwhile, the filmmaker is excited that Bhaag Milkha Bhaag, the Farhan Akhtar-starrer which tells the life story of former athlete Milkha Singh, will open to audiences with over 70 prints in Japan thanks to entertainment company Nikkatsu Corporation.
Thus, he believes, the business of Indian films is only poised to grow.
The 50-year-old filmmaker is also credited with films like Aks and Delhi-6. His Rang De Basanti also won the National Film Award for best popular film providing wholesome entertainment and was India's official entry for the Golden Globe Awards and the Academy Awards in the best foreign language film category.
His next offering is a musical. Titled Mirza Sahibaan, it will launch two newcomers - Harshvardhan Kapoor, son of actor Anil Kapoor; and Saiyami Kher, niece of talented actress Tanvi Azmi and granddaughter of yesteryear's leading leady Usha Kiran.