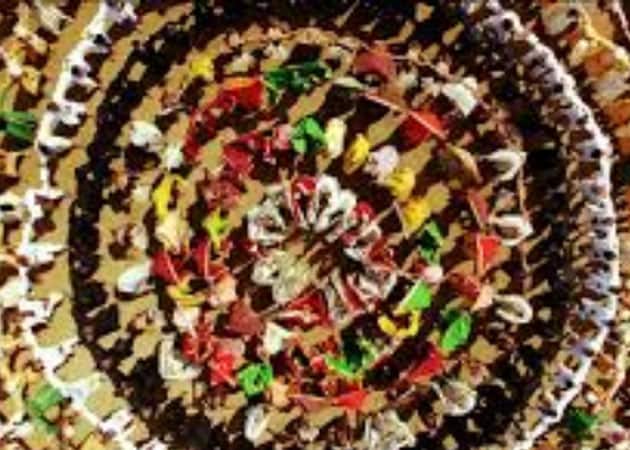 A still from Bollywood - The Greatest Love Story Ever Told

The Asian premiere of Bollywood - The Greatest Love Story Ever Told - couldn't have been held in a more apt ambience.

The setting was perfect - an amphitheatre in a school with mountains on all four sides, a pitch dark sky with countless stars twinkling away and the screening of a film - the Asian premiere of Bollywood - The Greatest Love Story Ever Told, a colourful thali full of everything Hindi cinema stands for, couldn't have been held in a more apt ambience.
The screening was held at the part of the third Ladakh International Film Festival (LIFF) in this Jammu and Kashmir region.
The film, directed by Rakeysh Omprakash Mehra and co-produced by Shekhar Kapur and UTV Motion Pictures, made its World premiere at the prestigious Cannes International Film Festival in 2011.
In India, it was being shown for the first time, and for true blue lovers of Bollywood, its dance routines, songs, colour, drama, romance and action, the film turned out to be like a walk down memory lane.
A montage of scenes and dance sequences had been created to give viewers a sense of the range of emotions that Bollywood tackles, the dance forms, the icons and the changes that the industry has witnessed in its over 100 years of existence.
"For the 100th birthday of Indian cinema, I was asked to create something special in a short time. It was screened at Cannes, and now we're happy to show it here as part of India as well as Asia premiere," Mehra said to a packed audience at the Druk White Lotus School, which became popular for scenes  from 3 Idiots, starring Aamir Khan.
The audience enjoyed the colour and glamour showcased in the film, but some were disappointed that as scheduled earlier, Hollywood's latest actioner Transformers: Age Of Extinction couldn't be screened due to some technical glitches.
The programme was made entertaining by students, teachers, monks, media, filmmakers and actors gathered at a venue to celebrate the spirit of Hindi filmdom, but the cherry on the cake was a performance by a group of students from what Bollywood made famous as Rancho's School.
While some girls performed a Ladakhi dance, a group of very young girls danced to a modern song called I'm a little butterfly and a group of boys staged a skit on India-Pakistan's Kargil war 1999.
In the midst of all the action, one couldn't help taking breaks to gaze into the sky, which looked like a black sheet powdered with sparkling diamonds. Of course, many were following the Bollywood routine of wishing upon a shooting star.