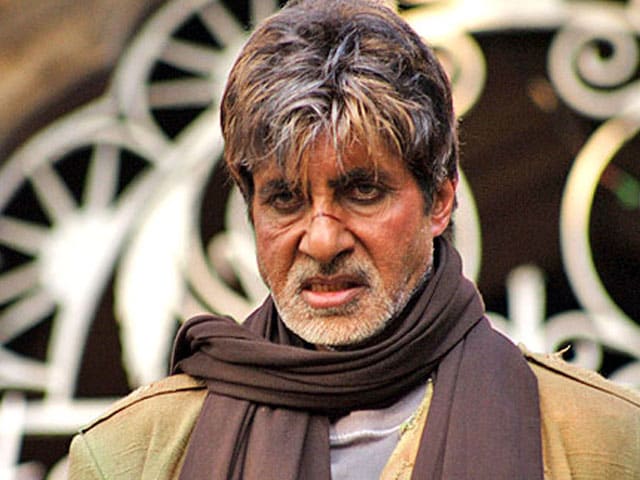 Big B in a still from Ram Gopal Varma Ki Aag

The High Court imposed a fine of Rs 10 lakhs as "punitive damages" on Mr Varma, his production house M/S RGV Productions Pvt Ltd as well as Varma Corporation Ltd and Madhu Varma. It said that the makers of Aag, had "Distorted and mutilated the original copyright work" of the maker of original Sholay

On August 31, the Delhi High Court slapped a fine of Rs 10 lakhs on noted film maker Ram Gopal Varma and his production house for "Intentionally and deliberately" coming out with the remake of 1975 blockbuster Sholay, violating the exclusive copyright vested with its director Ramesh Sippy.
The judgement was delivered on a lawsuit filed by Sascha Sippy, son and grandson of the original Sholay's producers Vijay Sippy and G P Sippy. He had alleged that with the remake, Ram Gopal Varma Ki Aag, Mr Varma had violated the exclusive copyright held by the Sholay Media and Entertainment Pvt Ltd.
The High Court imposed a fine of Rs 10 lakhs as "punitive damages" on Mr Varma, his production house M/S RGV Productions Pvt Ltd as well as Varma Corporation Ltd and Madhu Varma. The Delhi High Court also restrained them from using any character like Gabbar or Gabbar Singh as was in the original film.
It held that Mr Varma's film gave an overall impression that it was a remake of Sholay as the characters Gabbar and Gabbar Singh were misused, along with its music, lyrics, dialogues and background score. The 1975 blockbuster features actors like Dharmendra, Amitabh Bacchan, Sanjeev Kumar, Hema Malini and Amjad Khan among others.
"The publicity material coupled with the impugned film, gives an overall impression that it is a remake of the film Sholay. The use of similar plot and characters in the impugned film coupled with use of the underlying music, lyrics and background score and even dialogues from the original film Sholay amounts to infringement of copyright of the film Sholay," Justice Manmohan Singh said.
The High Court also said that the makers of Ram Gopal Varma Ki Aag, had "Distorted and mutilated the original copyright work" of the maker of original Sholay.
"On the relevant date, they were aware about the rights of the plaintiffs, their ownership and authorship as well as use of unauthorized copyright. It is not the case of the said defendants that the same is not created by the plaintiffs and they are not the owners and authors," the order said.
It also held that even if Ram Gopal Varma Ki Aag is considered as an adaptation of the original, it was without authorisation of the copyright owner amounting to "Passing off as the plaintiffs are the owner of the names of characters and dialogues".
Such use by Mr Varma and others was unauthorised and it was their deliberate act "In order to gain profits," the judge said, adding that "They are also guilty of infringement under Section 14 (a) with Section 55 of Copyright Act, 1957."
The High Court said that the producers and director of the remake film "Are not able to assign any valid reason for the same and despite of statement made in the court for change of the name of the movie, when the same was released, it appears that the defendants' movie have similar name of the characters and they have used the lyrics and dialogues in material form in their movie."
"The movie was produced and released without authorisation from the owner and author i.e. plaintiffs," the High Court held.