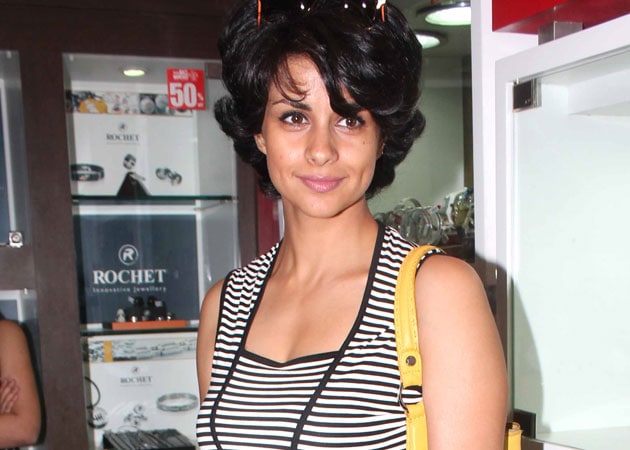 Gul Panag will be seen in Ab Tak Chhappan 2

Ram Gopal Varma is known for making films on bold themes and actress Gul Panag, who will be seen in his production venture Ab Tak Chhappan 2, praises him for being so daring.

From gang wars to the underworld to real life crime sagas, Ram Gopal Varma is known for making films on bold themes and actress Gul Panag, who will be seen in his production venture Ab Tak Chhappan 2, praises him for being so daring.
If his Rakta Charitra was inspired by slain political leader Paritala Ravindra, Ab Tak Chhappan and its forthcoming second instalment Ab Tak Chhappan 2 are based on real life encounter specialist. He has also made a film on 26/11 terror attacks.
"As a filmmaker he (Varma) is gutsy and makes kinds of films he believes in," said the 34-year-old known for off beat roles in Dhoop, Dor and Turning 30!!.
Further talking about her association with Varma, also known as RGV, the former beauty queen said: "I am only a phone call away from Ram Gopal Varma. I am grateful to him that he has given me this role and it's always wonderful working with him."
The November 2008 terrorist attack on the city of Mumbai had shocked the nation and Varma has dared to make a film on the mayhem. The film is titled The Attacks of 26/11 and Gul said it is "a very promising film. I have seen the parts of the film."
Ab Tak Chhappan 2 is a sequel to Shimit Amin directed 2004 release Ab Tak Chhappan that featured Nana Patekar and Mohan Agashe in prominent role.
Varma, who had produced the first instalment, is financing the the second instalment, for which Aejaz Gulab has wielded the megaphone with Nana in the central character, again.
"I am keenly waiting for the release of Ab Tak Chhappan sequel. In Ab Tak Chhappan 2 I have played a crime journalist and I am really looking forward to the film. We have got a fantastic response for the trailers," Gul told reporters at an event here on Friday.
Describing Nana Patekar as one of the most legendary actors in the country, she said "it's not only a good opportunity to work with him, but also an opportunity to know him better".