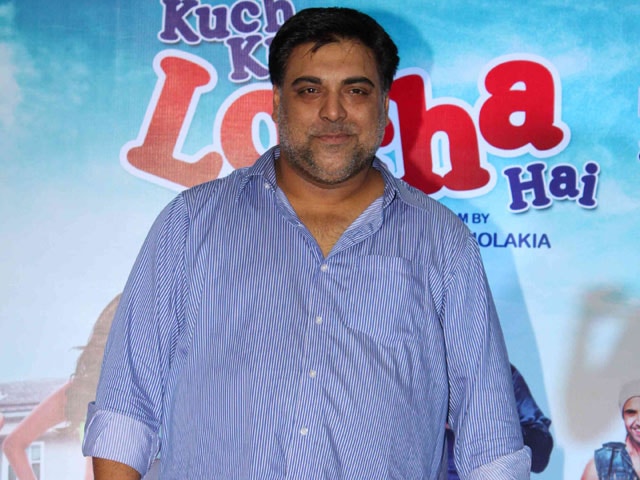 Ram Kapoor at an event in Mumbai.

"I don't think so there is any competition between both the films as both of these have different target audiences," said Ram Kapoor

Actress Deepika Padukone's upcoming film Piku and Sunny Leone's Kuch Kuch Locha Hai are set to clash at the box office on May 8. However, Ram Kapoor who plays the lead role in the latter, is unfazed about such comparison and said that both the films have their own target audiences.
He hopes people would like both the films.
"I don't think so there is any competition between both the films - Piku and Kuch Kuch Locha Hai - as both of these have different target audiences. So, neither of these two will affect each other's business. Both the films are very different and have different target groups," the actor said in an interview. (Also Read: I Can Watch Kuch Kuch Locha Hai With My Parents, Says Ram Kapoor)
While Kuch Kuch Locha Hai is about a 45-year-old married man who witnesses turmoil in his life after he gets a chance to meet a Bollywood star (played by Sunny Leone in the film), whom he has always fantasized about, Piku, directed by Shoojit Sircar, is a comedy-drama and explores a daughter-father relationship. Besides Deepika, it also features megastar Amitabh Bachchan and Irrfan.
Further, he wishes all success to the Deepika and Big B starrer and can't wait to watch the film when it releases. (Also Read: Sunny Leone is a Tomboy, Says Co-Star Ram Kapoor)
"I would like to wish Piku all the best and want it to become successful and this is what I expect for our own film as well because at the end of the day every film's success is better for the film industry," Ram Kapoor said. (Also Read: Sunny Leone, Ram Kapoor to Work Again in Action Thriller)
"I am a big fan of Bachchan saab (Amitabh Bachchan), Deepika Padukone and Irrfan so I will definitely watch Piku," he added.