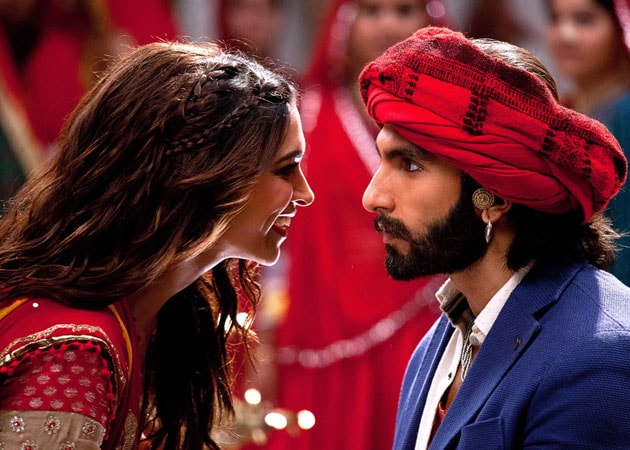 Sanjay Leela Bhansali is feeling liberated ever since his Ram-Leela hit the screens and wowed the critics and audiences alike. And why not, this success has come to him after six years and two flops - Saawariya and Guzaarish.

Sanjay Leela Bhansali is feeling liberated ever since his Ram-Leela hit the screens and wowed the critics and audiences alike. And why not, this success has come to him after six years and two flops - Saawariya and Guzaarish.
Bhansali is in a celebratory mood and shares his excitement in a tete-a-tete:
Q: Ram-leela opened to stupendous reviews and roaring audiences. How are you feeling?
A: It feels liberating! I've finally slept peacefully the whole night. The last few weeks have been traumatic. The protests left me shaken and drained. But now that the film is being so appreciated, I've blocked out all the troubles. When your work is being seen and appreciated, you feel all the effort has been worth it. I am happy to see the audience is getting the nuances in the narration. The passion of the entire cast and crew has paid off.
Q: Ram-Leela comes after the failure of two of your films... A: Yes, we had worked with equal passion on Saawariya and Guzaarish. Both the films are as precious to me as Ram-Leela. But somehow our efforts did not connect with the audience in my last two films. That broke my heart. I got back to direction determined to get back my audience. I needed Ram-Leela to reach out to the the widest possible audience. Not that I made Ram-Leela to prove anything. I made the film I enjoyed making and I hoped audiences would share my pleasure.
Q: This time your work has been appreciated by critics across the board?
A: I'd be lying if I said critical appreciation is not important. Interpretation and de-construction are important to any work of art. If there are is an art behind making a film, viewing films is also an art.
Q: Somewhere this film seems close to the environment you grew up in?
A: The Bhansali clan is extremely robust, frank and colourful in their language. I grew up hearing my aunts say the most outrageously uninhibited things as though they were the most natural thing in the world. I realised the language I heard in my childhood is the spoken idiom of today's youngsters. There is just that sense of candour and directness in the way the youngsters talk. And audiences have warmed up the celebration of physicality in the love relationship. As a filmmaker it's very liberating to explore the union of body and mind in a love-relationship. It's no longer enough to show a boy and a girl looking at one another when they fall in love.
Q: And yet your lovers Deepika Padukone and Ranveer Singh don't really sleep together in the film?
A: That's the irony, which took me away from the original Shakespearean play. For me, it was important to show that the lovers could only be united completely in death. I wanted to hold back the consummation of their love.
Q: How hard was it for you to make Ranveer and Deepika convey the sexual tension?
A: I just had to explain to them what I wanted. They had never played such unabashed characters. Once in a while Deepika would get taken aback by her character's uninhibited behaviour. But she would convey exactly what I wanted. Both of them are marvelous actors. They made the expression of love so effortless and magical. They have conveyed the purest form of love.
Q: For the first time you shot a film almost entirely on location?
A: Going out and shooting was a big challenge. It was also so interesting to shoot so many different kinds of architecture. Putting my lovers in a real space was very liberating. I was reacting to spaces very differently this time. But even parts of Hum Dil De Chuke Sanam and Guzaarish were shot on actual locations.
Q: What about the guns and violence?
A: I loved it. It's very important for a filmmaker to get out of his comfort zone. Violence is such an integral part of 'Romeo And Juliet'. My action director Sham Kaushal always wondered why I asked him to be part of my films. The most violent thing that has happened in my cinema so far was a slap. This time Shyam has justified his pay cheque.
Q: Final thoughts?
A: Relief, joy, great satisfaction. Ram-Leela has been an exhausting and liberating experience. I am so much consumed by the film. I am so happy by the way people have reacted. Everyone from Karan Johar and Rishi Kapoor to Asha Parekhji and Javed Akhtar saab loved it. I am not even thinking of what film I will do next. Right now I am happily jobless.