Rana Daggubati Excited to Reunite With Bipasha in Nia 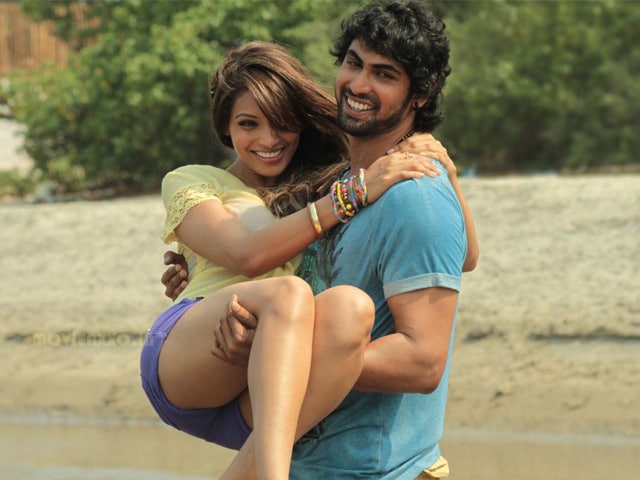 Rana Daggubati and Bipasha Basu in a still from Dum Maaro Dum.

After setting the screen on fire with their chemistry in Dum Maaro Dum, actors Rana Daggubati and Bipasha Basu are again coming together for Nia and the actor can't wait to begin shooting for the film.
Rana, 30, who is best known for starring in Telegu films, will be seen romancing Bipasha in the movie, which will mark the directorial debut of ace fashion designer Vikram Phadnis.
"It is a very beautiful film about life and I am happy that I am working with Bipasha once again because it is going to be a unique film for everyone. The way Vikram narrated my character, I was in love with it from day one," he said.
The pair had also sparked romance rumours during the making of Dum Maaro Dum but Rana said that he considers Bipasha as his very good and only friend in Mumbai.
"The only few people I know in Mumbai are those whom I have worked with. I don't know many people but Bipasha is one of them. We are good friends," he said, adding that he is currently single.
The actor will return to Bollywood after a gap of two years with Neeraj Pandey's action thriller Baby. He was last seen in Ram Gopal Varma's Department in 2012 and in a cameo role in Yeh Jawaani Hai Deewani in 2013.
The actor said that the reason for his absence from Hindi films was because he was shooting for SS Rajamouli's multi-lingual epic drama Baahubali.
"Baahubali needed a certain look and physique so I was stuck with that. My physique got me this role you can say. It's one of the most expensive films made in India and the climax was shot over 120 days," the actor said, who has also started shooting for the sequel of the film and already finished 60 per cent of the shoot.
Rana is happy to be making his Bollywood return with Baby, which he said yes to after just one meeting with the director. In the film he plays a special squad person named Jai Singh Rathore.
"One quick meeting with Neeraj Pandey where he briefed me about the role was all that was needed to convince me. I got in Baby what I always wanted in Hindi movies," he said.
"Neeraj is a no nonsense guy. He is very quick and gives an excellent brief to his actors. After working with him I know why he makes films so quickly. Baby was completed in flat 50 days," he added.
Baby also stars actors Akshay Kumar, Anupam Kher, Danny Denzongpa, Kay Kay Menon, Tapsee Pannu and Madhurima Tuli. The film will hit theatres on January 23.