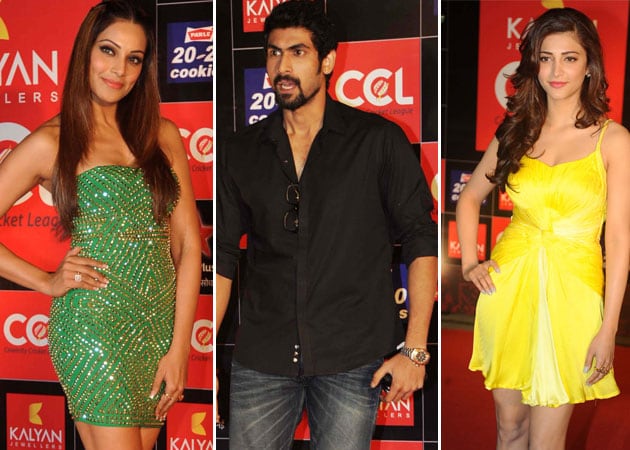 Rana reportedly hung out with both Shruti and Bipasha, with whom he has been linked before, at the Celebrity Cricket League party.

Rana Daggubati reportedly hung out with both Shruti Haasan and Bipasha Basu, with whom he has been linked before, at the Celebrity Cricket League party.

Ever since Rana Daggubati made his foray into Bollywood, he has been linked to several actresses.
According to reports, the actor was seen bonding with Shruti Haasan at the curtain raiser party for Celebrity Cricket League - Season 3 in Mumbai. The actor then apparently dropped in backstage to chat with his alleged ex Bipasha Basu.
In the past, Rana Daggubati and Bipasah Basu were romantically linked. There were rumours that Rana was Bipasha's shoulder to cry on after her split with John Abraham, and that the two had become very close. The two actors however maintained they were just good friends.
A source said, "Rana was sitting with Shruti throughout the event and they remained inseparable at the after-party too."
But soon the South actor went backstage and was spotted getting cosy with Bipasha. "The two looked very warm in each other's company," the source added.
Trying to romance two women at the same time is an art, no?