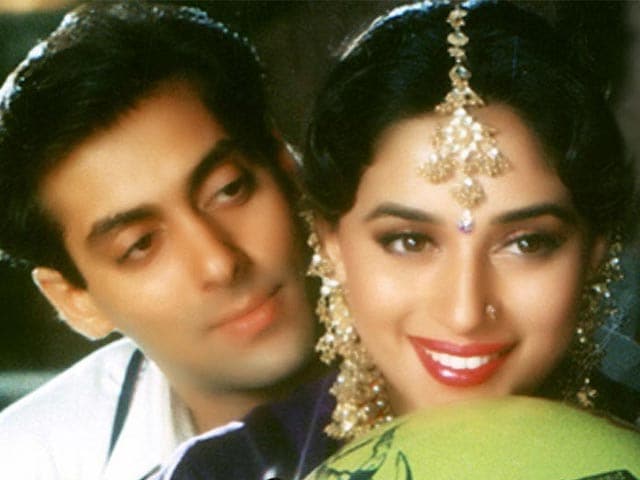 Salman Khan and Madhuri Dixit in a still from Hum Aapke Hain Koun.

"There is nothing like that happening. These are just rumours"

There are no immediate plans to develop a sequel of 1994 hit film Hum Aapke Hain Koun, said Rajshri Productions. The film featured Salman Khan and Madhuri Dixit in lead roles.
There were rumours that actor Ranbir Kapoor would replace Salman as Prem in the sequel of the blockbuster family drama.
"As of now there are no such plans of making a sequel of Hum Aapke Hain Koun. There is nothing like that happening. These are just rumours," Rajshri Productions General Manager P K Gupta said.
Mr Gupta, however, said work is in full swing on their film Prem Ratan Dhan Payo, starring Salman and Sonam Kapoor in the lead.
"Almost 80 per cent of the shoot is over. Some scenes and a song sequence are pending. We are hopeful that the shoot will be over in two months," he said about the Diwali release.
Salman and director Sooraj Barjatya last worked together on 1999 film Hum Saath Saath Hain.