Ranbir Kapoor and Niece Are 'Served What They Deserve' on Instagram 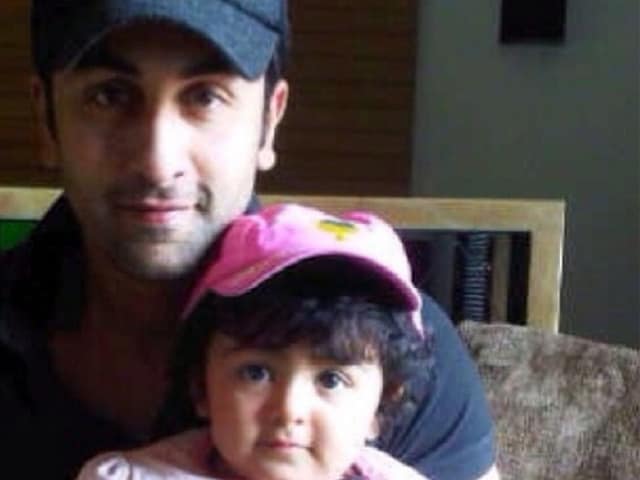 This image was posted on Instagram by Riddhima Kapoor Sahini

Ranbir Kapoor fans admonished by his father Rishi on Twitter ought to be mollified by two photos of the Bombay Velvet star posted on Instagram.
This photo of Ranbir with sister Riddhima and niece Samara was posted on what appears to be the actor's own account, despite a tweet from Rishi warning that his son was not on social media. Apparently, Instagram Ranbir is not always given to captions:

His mother Neetu Singh, who IS given to captions, posted a photo of Ranbir and Samara with a pronouncement on the ways of Karma that we haven't been able to decode. A Kapoor inside joke, perhaps?

Yesterday, Ranbir's actor father Rishi Kapoor tweeted this disclaimer to those who send him messages for his son, who is not on Twitter and not likely to ever be. (Also Read: Rishi Kapoor is Not Ranbir's Mailbox. Get It?)