Ranbir Kapoor: Dad hasn't accepted that I can have girlfriends 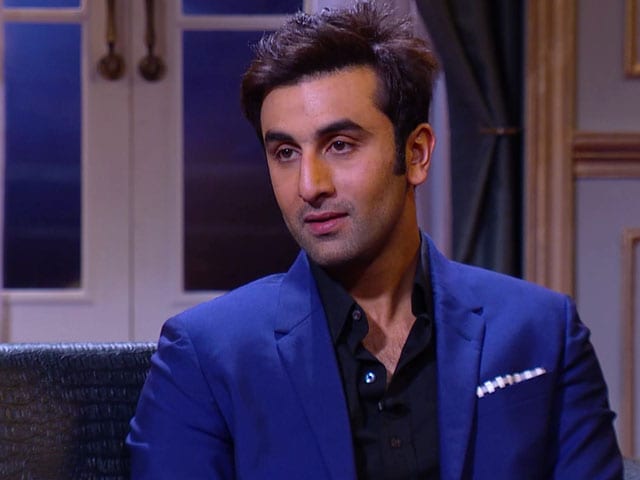 Ranbir Kapoor will appear on the second episode of the latest Koffee With Karan season.

Bollywood heartthrob Ranbir Kapoor may have girls drooling all over him, but his father and yesteryear star Rishi Kapoor still hasn't come to terms with him having a girlfriend.

Bollywood heartthrob Ranbir Kapoor may have girls drooling all over him, but his father and yesteryear star Rishi Kapoor still hasn't come to terms with him having a girlfriend.
The 31-year-old Kapoor scion, who is reportedly dating his Ajab Prem Ki Ghazab Kahani co-star Katrina Kaif, talked about his camaraderie with his dad while chatting on Karan Johar's celebrity talk show Koffee With Karan.
The second episode of the fourth season of Koffee With Karan will be aired on Sunday on Star World, with Ranbir and Kareena as Karan Johars's guests.
When host Karan asked him what is he (Rishi) like with your girlfriends, Ranbir said: "I don't think he has come to terms with the fact that his son can have a girlfriend. I don't think he is ready to accept, in way oh aaja let's have a meal together."
On being asked if he feels awkward introducing his girlfriend to his dad, the young star first said: "I don't know."
He then quickly added: "Maybe I am awkward, so I am putting it on him. I never really tried to (get together) for a dinner with a girlfriend with my parents. Maybe I should try sometime soon."
However, Ranbir, who in the past has dated Deepika Padukone, admitted that his mother is comparatively at ease with his girlfriends.
"She is cool with all my girlfriend and that's the truth," he added and rued about his parents being dragged into his link up rumours.
"My parents have worked so hard all these years and they have reached a certain age, but unfortunately they are dragged into these controversies where me and another girl are concerned.
"They are absolutely not like that," he said.
But in the same breath, he confessed: "Yes, my mother will be a little possessive about me as I am the only son, but that is all about it."
However, Ranbir, who has earned the star status with hits like Raajneeti, Rockstar, Barfi and Yeh Jawaani Hai Deewani, is not at all a mamma's boy and makes his own decisions.
"They don't tell me what to do or what not to do or who to be and who not to be. They are happy if I am happy as long as it is a girl," said the actor.
The episode is likely to offer more meat. For instance, Ranbir is yet to confirm his relationship with Katrina, but Kareena referred to the Zindagi Na Milegi Dobara actress as her sister-in-law on the same show while answering a question.