Ranbir Kapoor: I share a deep comfort level with Deepika 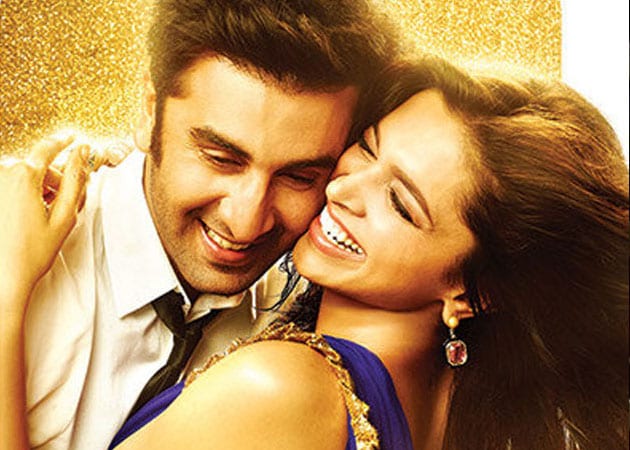 Yeh Jawaani Hai Deewani led gossip mongers speaking about Ranbir and Deepika getting back together as a couple. But the actor is unperturbed.

Yeh Jawaani Hai Deewani led gossip mongers speaking about Ranbir and Deepika getting back together as a couple. But the actor is unperturbed.

Ranbir Kapoor, who has teamed up with this ex-girlfriend Deepika Padukone in Yeh Jawaani Hai Deewani, says that there was no awkwardness while working together as he shares a comfort level with her.
Yeh Jawaani Hai Deewani led gossip mongers speaking about their getting back together as a couple. But Ranbir is unperturbed.
"I don't take such talk seriously. We don't come as a package. Deepika and I have moved on as individuals and as actors," Ranbir Kapoor said.
But isn't it awkward to work with her? Ranbir says, "No... not at all. That would be unfair to the film. We are all professionals."
The 30-year-old, who earlier worked with Deepika Padukone in Bachna Ae Haseeno, is full praises for the actress.
"She is passionate and ambitious. When you come across someone who is as motivated as you are, the experience of working together is terrific. I share a deep comfort level with her," he said.
After working in Siddharth Anand's romantic film Bachna Ae Haseeno in 2008, Ranbir Kapoor worked in Rajneeti, Rockstar and Barfi!.
But he mostly stayed away from typical romances. Yeh Jawaani Hai Deewani will see him revisit the genre. Ranbir Kapoor argues that this isn't his comeback to romantic cinema.
"All my films have had a strong romantic tale underneath. This is the story of a guy who grows up from a 21-year-old boy to a 30-year-old man. It's an urban film with characters that are closer to today's youth," Ranbir Kapoor said.
Also, Ranbir Kapoor is back to working with director Ayan Mukherjee after four years (Wake Up Sid in 2009).
"In that film, my character was a slacker, but in this film I have found myself. It deals with the relationship, heartbreak and ambitions of four people," he said.
Produced by Karan Johar, the film will release on May 31.