Ranbir Kapoor is Moving Out. But is He Moving in With Katrina Kaif? 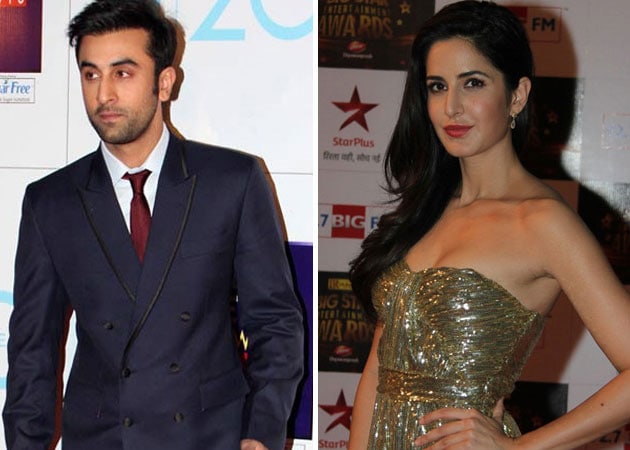 Ranbir Kapoor and Katrina Kapoor will reportedly share a home together.

Ranbir Kapoor told reporters at a recent event that he will indeed soon be moving out of the home he shares with his parents, Rishi and Neetu Kapoor, but declined to comment on who his new flatmate would be.

Bollywood actor Ranbir Kapoor's relationship status with Katrina Kaif has been the talk of the town and the grapevine suggests that the rumoured couple is all set to live-in together. Ranbir, typically cagey, told reporters at a recent event that he will indeed soon be moving out of the home he shares with his parents, Rishi and Neetu Kapoor, but declined to comment on who his new flatmate would be.
"My house will undergo redevelopment and I will move out. But whom I stay with is personal. The day I get married, I will openly speak about it. I feel bad as rumors and conjectures about my relationship are turning my life into a reality show. I would like to save my parents from embarrassment on reading the stories circulating in gossip mills," the 31-year-old actor said.
The actor will be seen next in Bombay Velvet, directed by Anurag Kashyap. "I think I have to work harder so that the focus shifts from my personal life to my professional ventures. I choose to maintain silence about my personal life now as there was too much intrusion and speculation over my relationship in the past, which was out in the open. My work should be the focal point instead," Ranbir added. (Also read: Katrina Kaif, Ranbir Kapoor Prep for Jagga Jasoos' 25 Songs)
Ranbir and Katrina have been the subject of rumours for many years now but have never admitted to dating. They have infrequently been photographed together, once on holiday in Spain and, most recently, arriving for dinner at Karan Johar's home in Mumbai.
Watch