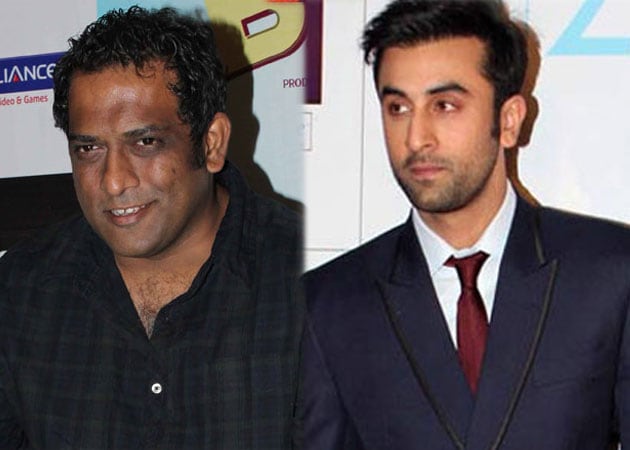 Filmmaker Anurag Basu, who is re-teaming with Ranbir Kapoor for a biopic on Kishore Kumar, believes that the young star is the perfect choice to bring alive the versatility of the legendary singer-actor on-screen.

Filmmaker Anurag Basu, who is re-teaming with Ranbir Kapoor for a biopic on Kishore Kumar, believes that the young star is the perfect choice to bring alive the versatility of the legendary singer-actor on-screen.
Ranbir and Basu earlier worked together on the hit film Barfi!.
The 30-year-old Wake Up Sid actor is currently busy with two back-to-back movies so Anurag Basu is planning to begin shooting the biopic by next year.
"Ranbir is very special. We share a special bond and it is not me only. He is great friends with other directors too. He is easy going, effortless, a team person and surrenders himself completely to the script and the director. He is not too much in love with himself which I think is a rare thing in an actor," Anurag Basu told PTI on the sidelines of the first Times of India Film Awards.
The director is working closely with the Kishore's family on the biopic, which is still in the writing and research stage. Basu says Ranbir was always the first choice to play Kishore.
"We finalised the script while working on Barfi!. I was working on two scripts at that time and Ranbir came onboard," he said.
Kishore Kumar is known as one of the most talented but elusive legends of Indian cinema and that's what fascinated Basu to explore his personality in a movie.
"I am a great fan of Kishore Kumar. We know him through his interviews and films but he is much more than that. There are so many layers to his personality. I think it would be interesting to make a biopic on him," Anurag Basu added.
Meanwhile, the director is hoping that Priyanka Chopra wins a best actress award at TOIFA for Barfi!.
"Barfi! is nominated in different categories so I am excited and not nervous because we celebrate each other's success in the industry. But more than my win or Ranbir's win, I am hoping that Priyanka gets an award this time.
"I was hoping that she would get a National award but that did not happen. I can't really say much on that because I have not seen the films that won National awards. She also did not get an award at Filmfare so I am hoping that she wins at TOIFA," said Anurag Basu.