Ranbir's school uniform comprises of shorts, a white shirt and half sweater and his signature Jagga Jasoos glasses. The setting is that of a hostel canteen and Ranbir, perched on a table, is clearly mid-way through a dance step 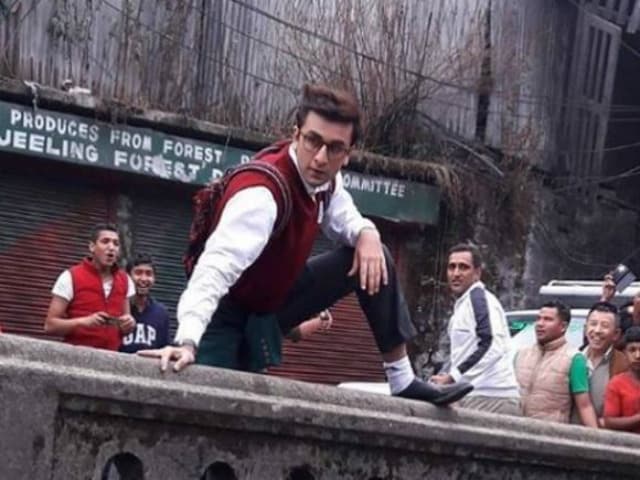 Jagga Jasoos is back with an 'exclusive' still from the film.
Ranbir's school uniform comprises shorts, a white shirt and a half sweater along with his signature Jagga Jasoos glasses. The setting is that of a hostel canteen and Ranbir, perched on a table, is clearly mid-way through a dance step.
*loud cheers and hoots from his school friends*
Mischief managed? Not yet.


Presenting an exclusive still from the sets of #JaggaJasoos shot on children's day.#RanbirKapoor#KatrinaKaif@basuanurag@ipritamofficialpic.twitter.com/K72Wm6gvPp

The film stars Ranbir as a detective while rumoured ex-girlfriend Katrina Kaif features as his sidekick. More pictures from the sets of the Anurag Basu-directed film were shared on social media.

A photo posted by Ranbir Kapoor Universe (@ranbirkapooruniverse) on Apr 22, 2016 at 6:26am PDT

Earlier this year, Ranbir told news agency IANS: "Jaggaa Jasoos is a much-awaited film for me too. It is almost three years and the film is still in the process. This is a very special and different film for me and difficult too."
"I think director Anurag Basu has a different view while he makes any film. His films are filled with emotions, so that it can bring tears in your eyes and a smile on your face," he added.
Jagga Jasoos has extensively been shot in Darjeeling and some parts in Morocco, and is slated to hit screens on April 7, 2017.
Ranbir Kapoor was last seen in Karan Johar's Ae Dil Hai Mushkil, co-starring Anushka Sharma, Aishwarya Rai Bachchan and Fawad Khan while Baar Baar Dekho was Katrina's last movie.