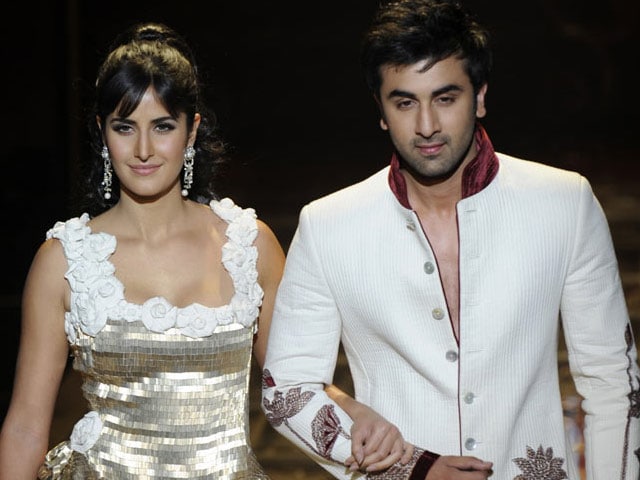 It is a casting coup on La Croisette we are looking forward to. (File Photo)

While Ranbir will take his film Bombay Velvet to the festival, Katrina will be there for brand endorsement

It's Cannes calling Bollywood's Jodi No 1. Yes we are talking about Ranbir Kapoor and Katrina Kaif who plan to notch up the glam quotient and sizzle-up the French Riviera, this year.
If things go according to the plan, then the Kapoor lad will take his retro drama Bombay Velvet to the 68th edition of the Cannes Film Festival. Several of Anurag Kashyap's films have been screened at the festival in the past, and in all probability Bombay Velvet too is likely to head there.
Katrina, on the other hand, will come on board as part of a beauty brand she endorses. Last year, she had missed her date with Cannes due to work commitments, but this year, she is likely to step out with the other ambassadors of the brand.
Interestingly, the other ambassadors of the brand include Aishwarya Rai Bachchan and Sonam Kapoor, and it would be totally worth it to the see the three ladies wear the red carpet bare.

And the three beauties do have Ranbir in common, how you may ask. Now Ranbir himself has admitted that he couldn't take his eyes off Aishwarya Rai when she was filming his father's film Aa Ab Laut Chalein in the '90s and will soon share screen space with her in Karan Johar's Ae Dil Hai Mushkil. Sonam is his friend and first co-star and someone who did manage to rub him the wrong way over a cup of coffee. But all that is passe since now Sonam has admitted that its Katrina, she has a girl crush on.
It is a casting coup on La Croisette we are looking forward to. Watch: