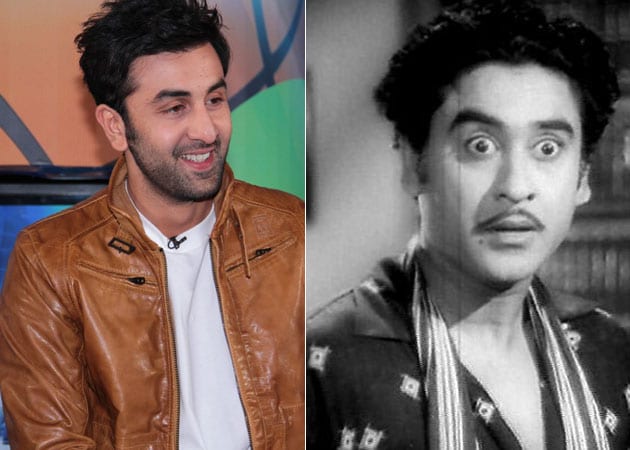 Ranbir Kapoor, who is set to play legendary singer Kishore Kumar in a biopic directed by Anurag Basu, on Tuesday confirmed that the project will be delayed due to script issues.

Actor Ranbir Kapoor, who is set to play legendary singer Kishore Kumar in a biopic directed by Anurag Basu, on Tuesday confirmed that the project will be delayed due to script issues.
Ranbir will work with Anurag Basu in his next venture Jagga Jasoos, following which the duo will resume work on the temporarily stalled project next.
"Yes, we were supposed to do that next.. but he is such a celebrated legend, we believe that unless the script completely celebrates his life in the best possible way, I think it would be wrong for us to touch upon it..so we have kept it aside now," said Ranbir, who was in town to promote his October 2 release Besharam.
"We are working on the script and hopefully after we finish Jagga Jasoos we will start on it. It will take a while to come to it," he added.
Besharam, which also features Ranbir's actor parents Rishi and Neetu Kapoor, is directed by Anurag's brother Abhinav Kashyap. It shows Ranbir in a new light as he plays a "flamboyant", "loud" and street smart character.
Speaking on his experience of working with his parents, the actor said his father is "my favourite actor" and "an institution", while mother Neetu is "my biggest fan."
"I personally don't believe in remakes but if I were to choose my dad's films I would say Karz and Zamane Ko Dikhana Hai," he said.
Having worked with ace filmmakers including Sanjay Leela Bhansali and Anurag Kashyap, Ranbir hopes to do films with Sujoy Ghosh and Aditya Chopra among others.
"I wanted to work with Rituparno Ghosh given a chance," said Ranbir of the late Bengali filmmaker.