Neetu Kapoor shared a throwback Holi picture with Ranbir Kapoor and Riddhima Kapoor Sahani, where the actor has all his concentration on a laddoo Back in the childhood days, Holi, the festival of colours, for actor Ranbir Kapoor was only about eating laddoos, an Indian sweet, revealed his mother Neetu Kapoor on Instagram. The 58-year-old veteran actress shared a throwback picture from the RK Studio Holi celebrations. The image features her daughter Riddhima Kapoor Sahani, Mrs Kapoor and Ranbir. While Riddhima is adorably posing for the camera, Ranbir is 'more interested' in the laddoo. Neetu Kapoor captioned the image as: "Happy n SAFE Holi !!! (RK studio Holi pic) Rans only interested in the laddoo." Ranbir Kapoor, 34, is the second child of actor couple Neetu Singh and Rishi Kapoor. He debuted in Bollywood in 2007 in Sanjay Leela Bhansali's Saawariya.
Here's Neetu Singh's post:

How cute, Ranbir.
Ranbir is currently shooting for Sanjay Dutt biopic. He plays Sanjay Dutt's role, in the Raju Hirani-directed film. The actor will reportedly stay in Bhopal jail for a week to prep for the next phase which shows Sanjay Dutt's life in Pune's Yerwada Jail. The biopic features Paresh Rawal as Sunil Dutt, Manisha Koirala as Nargis. Ranbir will be seen in three different looks- beefy body, a lean look from 90's and the third look will showcase his phase in drug rehab. Sanjay Dutt's biopic will focus on his rise to stardom after his Bollywood debut. A part of the film will also focus on Sanjay Dutt's conviction and imprisonment for possession of illegal arms.
On Saturday, the Ae Dil Hai Mushkil actor attended the special screening of Alia Bhatt and Varun Dhawan's film Badrinath Ki Dulhania. 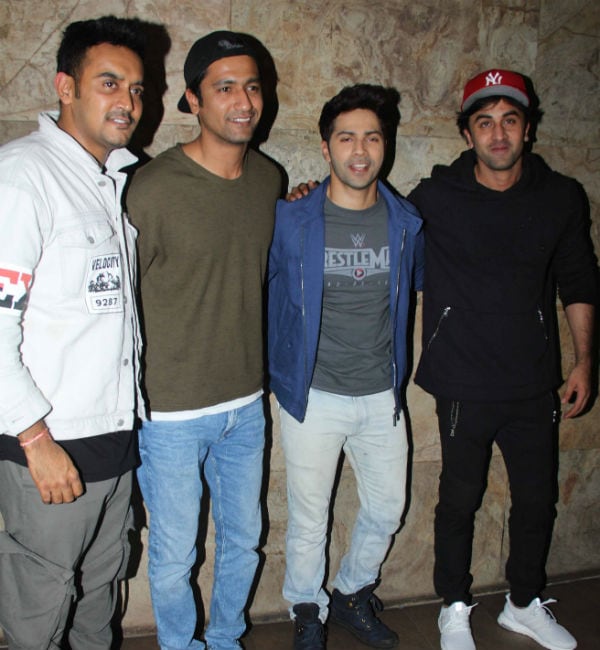 Meanwhile, Ranbir Kapoor awaits the release of Jagga Jasoos opposite ex-girlfriend Katrina Kaif. The film is directed by Anurag Basu and will hit the theatres on April 7.