The actor, who walked the ramp for Kunal Rawal at the Lakme Fashion Week looked rather dapper in a champagne-coloured bundi, chocolate kurta and silk pants 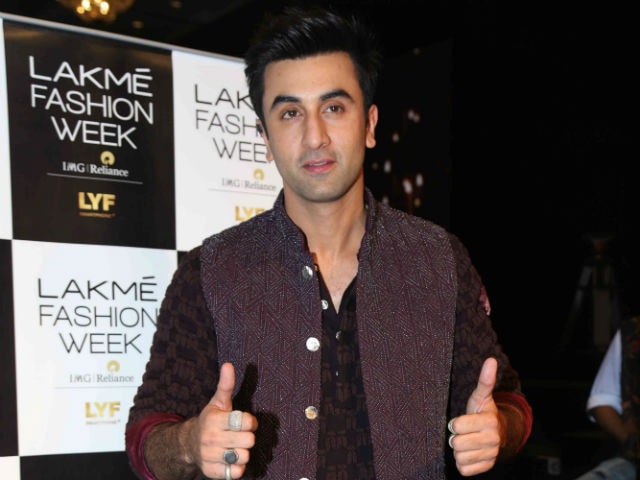 Looking rather dapper in a champagne-coloured bundi, chocolate kurta and silk pants from designer Kunal Rawal's collection titled 'Role Play,' actor Ranbir Kapoor had a proposal on hand for one lucky woman present in the audience at Lakme Fashion Week.
A female reporter told Ranbir, 33, that he was looking like a groom. For someone who has always evaded the marriage question, the actor promptly asked her if she was married, and said that if she wasn't, he would marry her.
Well, it seems marriage is certainly on his mind, since Ranbir has never been this vocal before and stories of the Kapoor family looking out for a suitable bride for him keep doing the rounds, even though none of them have been confirmed by the actor himself.
As far as relationships go, Ranbir's next film, Ae Dil Hai Mushkil, with Aishwarya Rai Bachchan and Anushka Sharma, deals with the complexities of love and marriage. According to sources, Ranbir plays husband to a much-older woman, played by Aishwarya, but romances another woman, played by Anushka Sharma.
The first look will be out on August 30, and the actor is rather relieved that Anurag Basu's Jagga Jasoos has finally been scheduled for April 2017. Ranbir said, "Some things are not in your hands but it's finally going to hit screens on April 7."
Ranbir Kapoor also revealed his ultimate fashion icons. The list included Amitabh Bachchan, Ranveer Singh, Sonam Kapoor, Deepika Padukone, Katrina Kaif, cousins Karisma and Kareena, and Anushka Sharma.