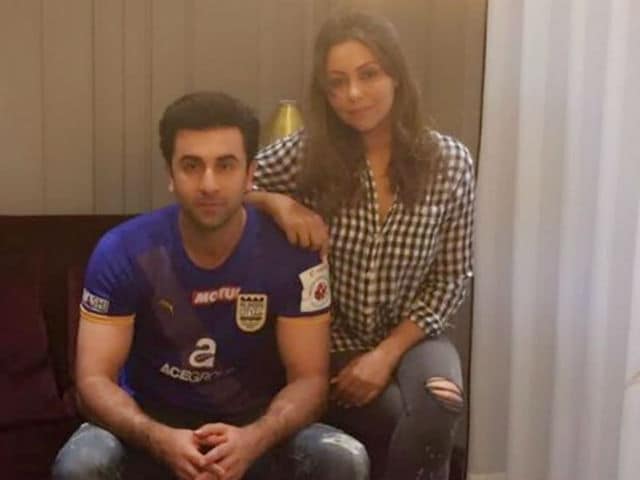 Ranbir Kapoor has his own designer home now and is receiving visitors. The 34-year-old actor reportedly just moved into his apartment in upscale Mumbai neighbourhood Pali Hills and had friends over on Wednesday night. Spotted being driven to Ranbir's place were: Gauri Khan, who designed his home, and filmmaker Karan Johar, Ranbir's director from Ae Dil Hai Mushkil and co-star from Bombay Velvet. Gauri Khan posted pictures of herself and Ranbir Kapoor in the flat a day before, writing that champagne was being "saved" for the next day - presumably, this was Ranbir Kapoor's housewarming. Here are pictures of his guests arriving: 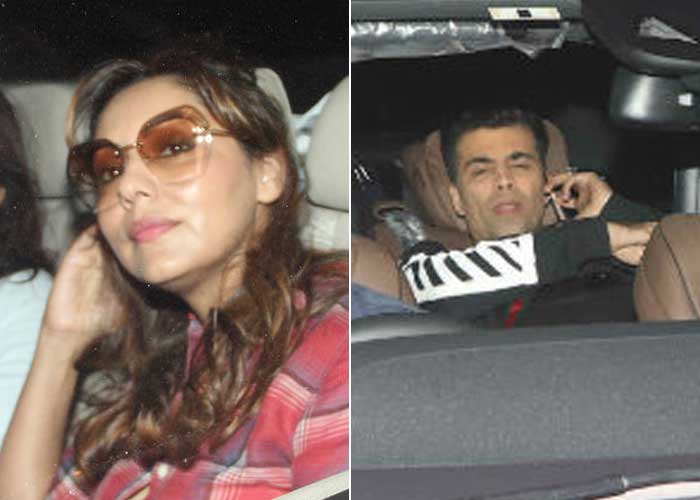 Gauri and Karan were spotted being driven to Ranbir's apartment

And this is the building in which Ranbir Kapoor now lives: 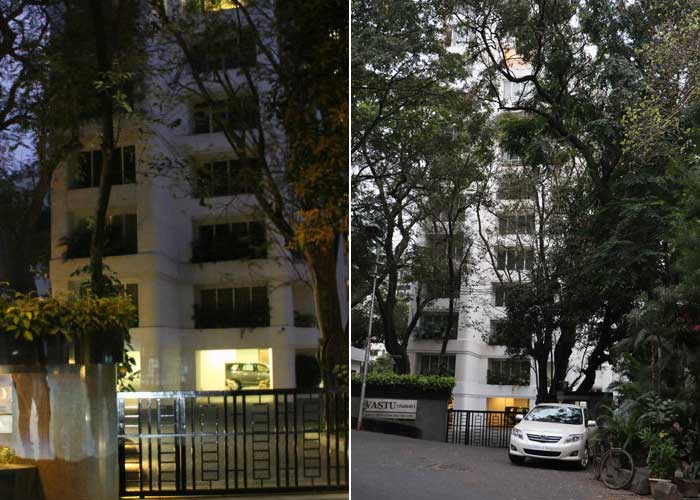 Ranbir (and his two dogs, Lionel and Guido) lived with his grandmother Krishna Raj Kapoor in the family home, Kapoor 'Cottage,' in Chembur for some months after he broke up with actress Katrina Kaif earlier this year. Ranbir and Katrina, who dated for several years but never officially acknowledged the relationship, were sharing an apartment.
Two days ago, Gauri Khan posted this picture of Ranbir's new home:

Ranbir's parents, Rishi and Neetu Kapoor, both thanked Gauri, who is a well-known interior decorator, on their social media accounts for doing up their son's new place. Mrs Kapoor praised Gauri's work in an Instagram post, writing: "Saw outstanding work done by Gauri Khan. Her taste, eye for detailing, finishing - all fabulous. Her passion shows in her work." Mr Kapoor tweeted that both he and wife Neetu were 'overhwelmed.'


"Vastu" Wonderful! Gauri Khan! You have made a home out of Ranbir's house. Beautifully done! Both Neetu and me are overwhelmed. Thank you!

Professionally, things are looking up for Ranbir Kapoor. After a string of flop films like Besharam and Bombay Velvet, he appeared in last year's Tamasha, which was an average hit. This year, he starred in Ae Dil Hai Mushkil with Aishwarya Rai Bachchan and Anushka Sharma. Ae Dil Hai Mushkil made over Rs 100 crore, according to trade analyst Taran Adarsh, giving Ranbir the second biggest hit of his career after Yeh Jawani Hai Deewani.
Ranbir Kapoor is now working on director Anurag Basu's Jagga Jasoos, co-starring Katrina Kaif. He reportedly plays a detective in search of his father. Ranbir will next begin work on Ayan Mukherji's superhero film Dragon, with Alia Bhatt.