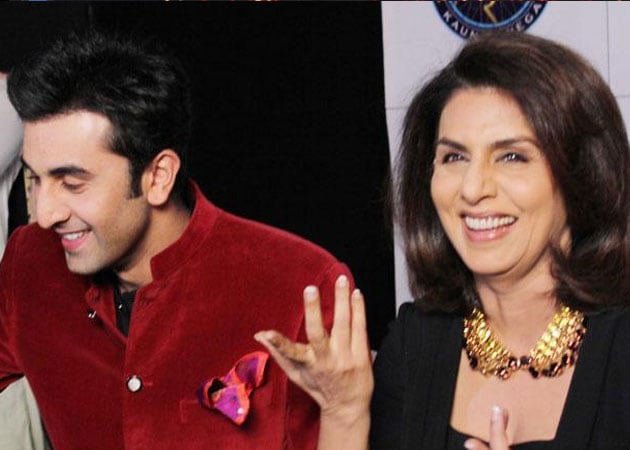 Actor Ranbir Kapoor visited the sets of the quiz show Kaun Banega Crorepati with his actress mother Neetu Kapoor. The duo was seen grooving to the song Ek Main Aur Ek Tu from Khel Khel Mein.
Khel Khel Mein is a 1975 film featuring Neetu with Rishi Kapoor.
The mother-son duo had a blast playing the game and it was on the request of the quizmaster, megastar Amitabh Bachchan that the duo danced together.
The episode featuring Ranbir and Neetu will be aired on September 22.