Ranbir Kapoor Opens Up About Future Projects and Dream Roles 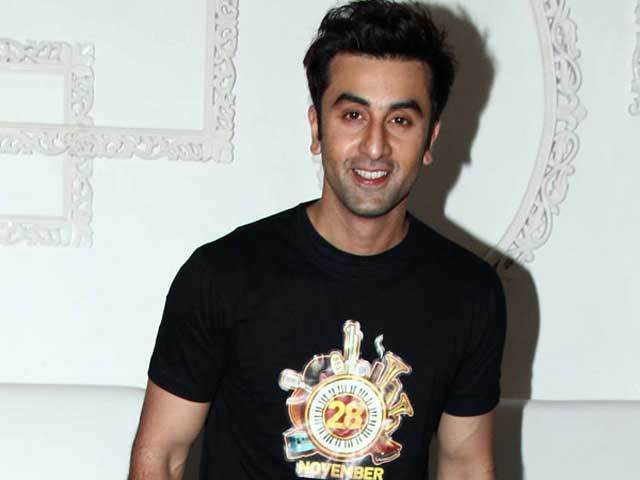 In an exclusive interview to NDTV, Bollywood superstar Ranbir Kapoor opens up about the reason why he has been missing in action, his plans for the future and what gets him going as a performer

Actor Ranbir Kapoor completed seven years in the film industry this year, and in spite of all the ups and the lows the actor says it has been a good and an interesting journey. "I don't know how these seven years have gone by. There have been a lot of good films, bad films, good people, bad people, good karma, bad karma. I don't know how have I managed it but I haven't cracked under pressure," the actor told NDTV in an exclusive interview.

Given that he is in the same league as the superstars of the film industry, Ranbir says he feels very lucky to be a part in the global billion dollar club, even though he admits that he hasn't seen that kind of money. "Maybe I should check with my accountant," he said jokingly.

Ask him why has he been out of the scene for so long, given that his last movie Besharam released last year and Anurag Kashyap helmed Bombay Velet which was supposed to come out in December has been postponed, Ranbir said, "I think one kills the creativity of the film by putting it on a deadline. A film is ready when it's ready. Delays happen because the filmmakers want to better the movie. Bombay Velvet is a passion project for everyone involved. So he has got it done but he still feels like there are a few rough edges which need fixing before he releases it."

Is it true that his father, actor Rishi Kapoor, was not very pleased with Bombay Velvet? "He hasn't even seen the movie. My father sees all my films after they have released and he is more nervous than me. He is also very honest, so he says is as it is. So he prefers watching them after everyone has seen it, after the people have given his opinion. He was hospital for four days because he was down with dengue and malaria at the same time, but now he is back on his feet again. He has lost a lot of weight and he is looking almost ten years younger," the actor said.

Question him if he is happy with the movie Jagga Jasoos' progress, a film Ranbir is not just acting in but also co-producing, he said, "Anurag is a rare commodity. He is a man of madness so it is hard to say how the film is shaping up because most of the film is all in his head. I have full faith in him. He goes with the flow and take it as it comes. The movie is very interesting detective film. It is new, exciting and scary."

Given his dedication to the art of cinema, when asked if there is a specific time in the Hindi film industry that Ranbir would like to go back to, the actor said, "I would like to go back in the fifties because of all the actors of those times. People gave their lives for their films, sets were large, music was melodious, technique was awesome, no special effects were used but the story telling and other techniques were brilliant."

Ask him about his favourite among the latest movies that he has watched, pat comes the actor's reply. "Films which impacted, among those I have recently seen, are Queen and Haider. I am also looking forward to PK and Kill Dil," he said.

With all his hits and misses, successes and failures, does Ranbir have any regrets? "None, with respect to the films I have done in the past, no matter how well or badly the movies did. My failures have also gotten me where I am," said the 32-year-old adding that each movie is a learning experience. And the fact that he is mostly detached helps him cope. "My head doesn't bloat with success of get swayed by the failures. There have been movies in the past, such as Rocket Singh which didn't do well at the box office but got me a lot of critical acclaim," he said.

As far as the status of his biopic on actor Sanjay Dutt, to be helmed by Rajkumar Hirani, is concerned the Kapoor scion says, "I have, in the past, have spoken about many films in the past but nothing has worked out, so I don't want to jinx it. It has not been offered to me, but I hope that I can be a part of Mr Hirani's films, try and portray Mr Dutt on screen. He is a very important personality. I think biopics are tricky, They are not a history class. They have to be colourful, they have to be entertaining, they have to cover the life of the personality on screen effectively. Also there are other personalities involved and it is very sensitive to use their names and their relationship but I am sure it will be very interesting to portray Mr Dutt's life if that happens. If there will be life or a biopic I would have to choose, I would pick my grandfather Raj Kapoor any day. If I was a woman, then Lata Mangeshkar."

What is Ranbir jealous of and is there a dream role that he has in mind. "I am envious of every one who is talented. I get jealous when I see my contemporaries perform well and that pushes me to do more work. It motivates me. As far as dream roles are concerned, I would love to do a biopic and I would love to play a negative character," he said.