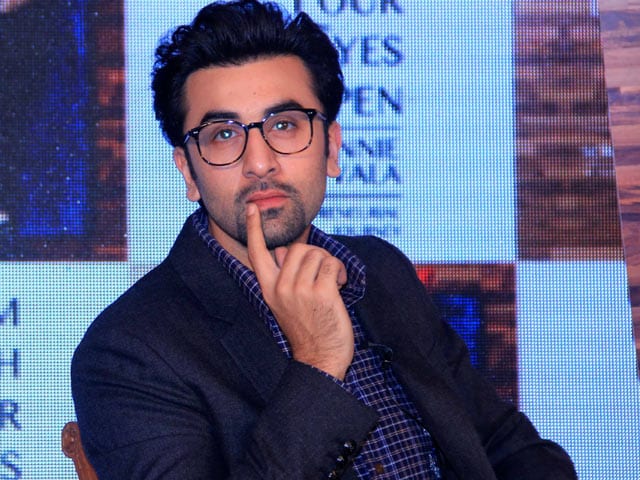 Too much of a good thing can spoil the fun and it seems that the makers of Ranbir Kapoor's Tamasha are of the same opinion. The film, which is directed by Imitiaz Ali, has reportedly been postponed to avoid overcrowding of Ranbir's films.
Ranbir, who kept his distance from the silver screen last year, returned last month with thriller film Roy, which failed to do well at the box office and was also panned by critics and audience alike.
However, it is Anurag Kashyap's upcoming Bombay Velvet that is expected to be Ranbir's big screen triumph after the debacle of Besharam. The film, which also stars Anushka Sharma and director Karan Johar, is set to release on May 15. (Also Read: Ranbir Kapoor is Deadly But Polite on Bombay Velvet Poster)
Ranbir's third release this year will be his film as producer, Jagga Jasoos, in which he romances his real life girlfriend Katrina Kaif. The film, which is produced by Picture Shuru Productions which Ranbir co-owns with his Barfi! director Anurag Basu, will release on November 15, a few days after Diwali.
And the last release of the year would have been Tamasha, which reunites him with his Yeh Jawaani Hai Deewani co-star and former flame Deepika Padukone. The film, which is currently being filmed in Delhi, was slated to release in December this year. However, the makers are now looking for a new date to release the film as they believe that releasing the film so close to Jagga Jasoos may affect Tamasha's revenue. (Also Read: An Art Ranbir Kapoor Hopes to Learn Through Tamasha)
Meanwhile, Tamasha's delay spells trouble for Deepika's box office turnover in 2015 too. The actress, who earlier had three films lined up for release this year, will now rely on a single film. Now that Deepika's Bajirao Mastani and Tamasha have been postponed, she has to put her faith in Shoojit Sircar's Piku co-starring Amitabh Bachchan and Irrfan Khan.
Watch: