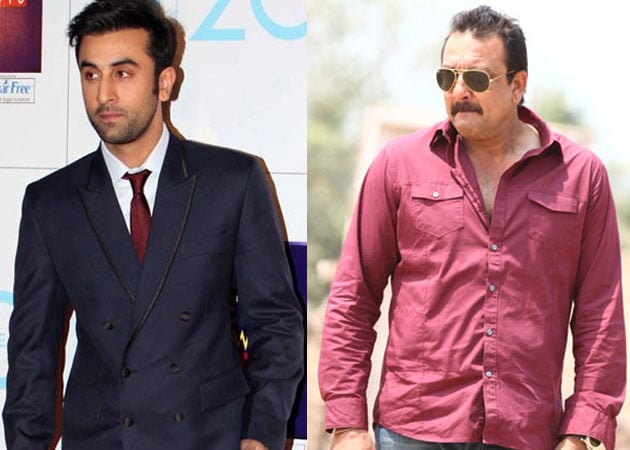 Actor Sanjay Dutt has been sentenced to five years in jail by the Supreme Court for his role in the 1993 Mumbai bomb blasts and has to surrender on May 15.

Actor Ranbir Kapoor today said that Sanjay Dutt is a strong man and he will come out of all the troubles.

Actor Ranbir Kapoor today said that Sanjay Dutt is a strong man and he will come out of all the troubles.
"I pray for him and his family. He is a strong man and I am sure he will go through and come out of it," Ranbir told reporters here at an event, referring to Sanjay Dutt's impending jail term in connection with possession of illegal ammunition during the 1993 Mumbai blasts.
Both Ranbir and Dutt have done an ad film together.
"He is a big supporter to me. He is a family man. I did visit him once and will meet him again before he surrenders," Ranbir told reporters here at an event.
The Supreme Court had on March 21 upheld the conviction of Sanjay Dutt under the Arms Act (for illegally possessing arms) in the terror attack and sentenced him to five years in prison. He has spent 18 months and will have another three-and-half years in jail.
But the actor moved an application in the Supreme Court seeking more time to surrender as he wanted to complete shooting seven movies, including big-budget projects such as filmmaker Rajkumar Hirani's Peekay, Karan Johar's Unglee, Apoorva Lakhia's Zanjeer.
The apex court granted him four weeks' time on "humanitarian" grounds to surrender before jail authorities.
Now he will have to surrender on May 15.