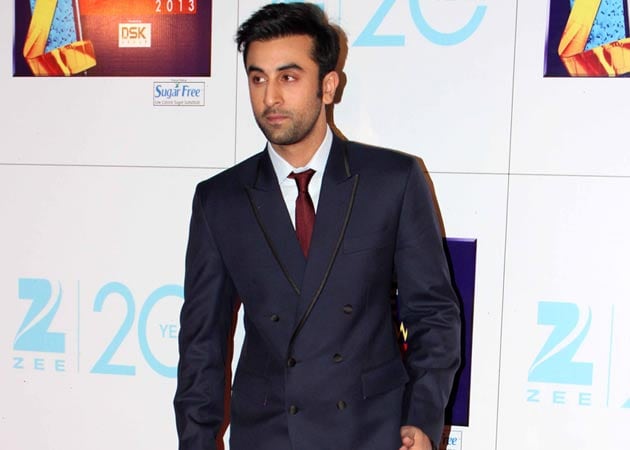 Actor Ranbir Kapoor, who would be seen as actor-singer Kishore Kumar in Anurag Basu's biopic, says he carries a huge responsibility essaying the role but he won't sing in the film.

Actor Ranbir Kapoor, who would be seen as actor-singer Kishore Kumar in Anurag Basu's biopic, says he carries a huge responsibility essaying the role but he won't sing in the film.
"Everyone knows Kishore Kumar was a great singer and an actor. Its a great opportunity to do a biopic on him. But at the same time it is my duty as an actor to do full justice to my role and the film. It is a huge responsibility," Ranbir Kapoor told reporters at the press conference of Screen awards.
Kishore Kumar was one of the finest playback singers of his time and gave several golden melodies to Indian cinema lending his voice to many popular actors including Rajesh Khanna, Dharmendra, Amitabh Bachchan, Rishi Kapoor, Shashi Kapoor among others.
But Ranbir has no intention to don the singer's cap. "I will not sing in the film. But we will use his songs. I will try and look, act like him. I will adopt his nuances and mannerisms," he said.
Ranbir Kapoor feels a singer contributes a lot in an actor's journey.
"He has sung songs for my father. While doing Bachna Ae Haseeno I got the opportunity to sing few lines that were sung by him originally. I feel singers contribute a lot in actors life... They must be given credit for their work," he said.
The 30-year-old actor is yet to begin working on the project. "The script of the film is not ready yet. We are all waiting for Anurag to finish it," he said.