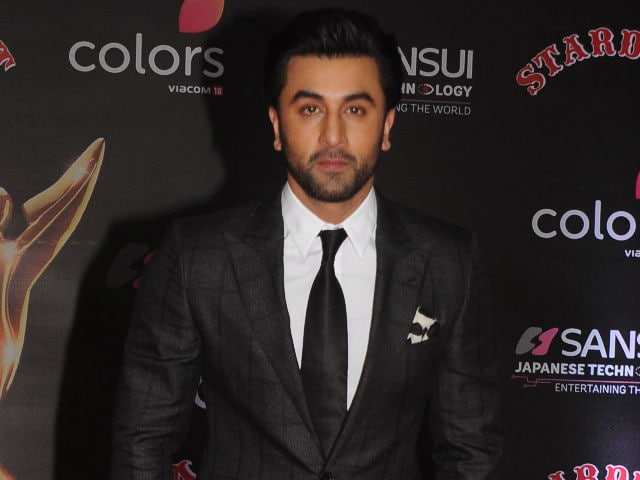 Actor Ranbir Kapoor is back in news courtesy the trailer of his much awaited film Jagga Jasoos which released on Tuesday and now with an announcement on another delayed project. Ranbir was last seen in Karan Johar's Ae Dil Hai Mushkil and he told reporters at an award show in Mumbai that he'll start filming Sanjay Dutt's biopic next month, reported new agency PTI. Ranbir, 34, said that it's a difficult film for him and he thinks he doesn't deserve it either. Ranbir will play the role of Khalnayak star Sanjay Dutt in a film based on the actor's rise to stardom and subsequent fall from grace after he was convicted and sentenced to jail in connection with the 1993 Mumbai Blasts.
"I am starting the shoot next month. It is a very difficult film. To represent Sanjay Dutt and work with (director) Rajkumar Hirani, I don't even think I deserve this film. But, I am looking forward to working on it," the 34-year-old actor told reporters.
Sanjay Dutt completed his sentence (interjected with many parole terms) on February 25, 2016. Before going to jail in 2013, the actor completed films like Ungli, Policegiri and Aamir Khan's PK, all of which released while he was inside. Now, the actor is working on his comeback film Bhoomi, directed by National Award-winner Omung Kumar.
There have reports of delay and even dismantling of the project, but we take Ranbir's word and will look forward to more news from the makers of Sanjay Dutt biopic.
From one overdue project to the other, Ranbir Kapoor is extremely happy with the response to the film's first poster, which released on Monday. Jagga Jasoos went on floors in 2014 and was delayed innumerable times. "Our dream of two-and-half years is coming true now. We are getting great response for the poster," said Ranbir. The film's trailer released after award show.
Jagga Jasoos, co-starring Katrina Kaif, will release in April next year. The film's directed by Anurag Basu while Pritam composed the music. "Anurag Basu, Pritam, Katrina and I have made this film with our heart and worked really hard on it. It is a family film and I wish people will like it. I also wish the media presents in a positive way."
(With PTI imputs)