Are Katrina Kaif, Ranbir Kapoor Ready to Admit to Dating? 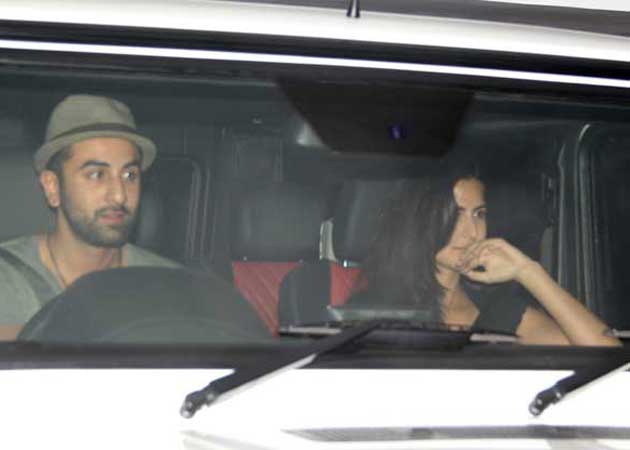 Ranbir and Katrina arrived in the same car at director Karan Johars residence, laying rest to a lot of speculation about their relationship status

New age actors Ranbir Kapoor and Katrina Kaif may just be taking their relationship to the next level as in, they may finally be ready to go public.

New age actors Ranbir Kapoor and Katrina Kaif may just be taking their relationship to the next level - as in, they may finally be ready to go public. The usually secretive couple dispensed with their habitual caution and showed up together at director Karan Johar's residence on August 29 in Mumbai.

In the past, Katrina and Ranbir have taken great pains not to be photographed together, arriving at and leaving from parties and events in separate cars. Until recently.

Katrina also seems to be on the receiving end of attention from celebrities other than her famous beau. Namely, Sonam Kapoor who candidly stated that she has a girl crush on Katrina. During a Twitter interview with a senior film journalist, Sonam admitted to being fond of Katrina.

Sonam said "Hahahaha... I am an open book but I do have a girl crush on Katrina Kaif."

This is a direct about turn for Sonam who earlier called Katrina "shameless". She later clarified that she had called Katrina 'shameless' in a positive sort of way, but that didn't stop the media from creating a storm. The girl crush will clearly go a long way in sweeping up the mess those words may have created.

And Sonam is not the only one to go gaga about Katrina. Actress Priyanka Chopra praised Katrina for her acting skills recently, saying "I have been part of a few 100 crore films. But you cannot give me the credit for a Krrish or a Don. I am a 'supporting actor' in these films. But you cannot not give me credit in a Barfi!. You cannot not give credit to Katrina Kaif in Rajneeti. No one can play the role, the way she did it."

Katrina, who was offered Barfi!, reportedly turned it down because she refused to play second fiddle to Priyanka. But with this recent formation of an admiration society for Katrina Kaif, Bollywood equations may be changing.