"If you ask me about directors, then I am ready to work with anybody and everybody because I don't find myself in the position of choosing the directors," said Mawra 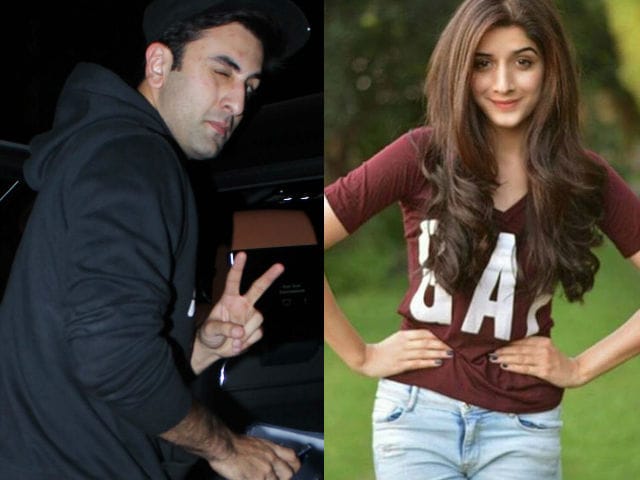 The image on right was posted on Instagram by Mawra Hocane

Pakistani actress Mawra Hocane, who was once rumoured to be dating Bollywood actor Ranbir Kapoor, says she would love to work with the Barfi! star as he is on the top of her wish list. Mawra, who made her Bollywood debut with Sanam Teri Kasam earlier this year, later denied the dating rumours.
"On the top of my wishlist is Ranbir Kapoor. I hope I can get a chance to work with him soon," Mawra told IANS.
"If you ask me about directors, then I am ready to work with anybody and everybody because I don't find myself in the position of choosing the directors. I hope that they choose me and find me worthy enough for their films. I really want to work more in India," added the 23-year-old.
When asked about film genres she wishes to be a part of, Mawra said she is attracted towards "period dramas like Bajirao Mastani or Umrao Jaan".
"I hope that I get offered one of those soon. And another one that really attracts me is the biopic genre. Particularly I want to do Nazia Hassan's biopic. I heard her story when I was a child. My mother really likes her," she added.
Co-directed by Radhika Rao and Vinay Sapru, Sanam Teri Kasam, which also starred Harshvardhan Rane, will premiere on &pictures on Sunday.
(Except for the headline, this story has not been edited by NDTV staff and is published from a syndicated feed.)