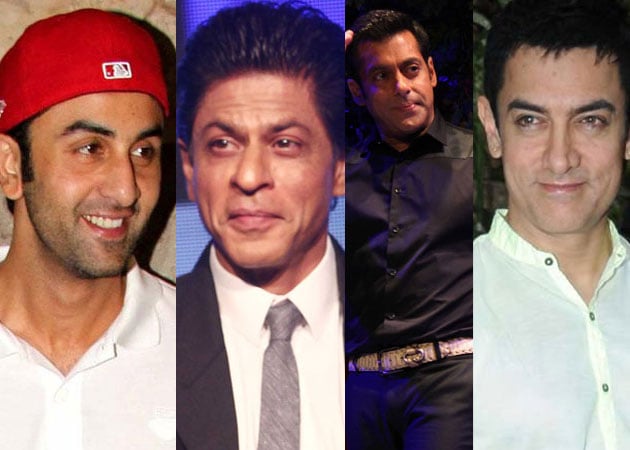 Ranbir Kapoor plans to make a short film on the three Khans, where they will sit together and simply talk.

Actor Ranbir Kapoor, who earlier spoke about making a short film on the life of his grandfather and legendary actor-filmmaker Raj Kapoor, has dropped the idea. Now he plans to make it with the three leading Khans of Bollywood- Shah Rukh Khan, Salman Khan and Aamir Khan.
Encapsulating Raj Kapoor's life in a short film is next to impossible, therefore, the young star plans to make a short film on the three Khans, where they will sit together and simply talk.
"After I said that, I began to think that a short film would be too small to tell about his (Raj Kapoor) life, it will take me 500 hours to do it," the 31-year-old said.
"But then I also began thinking on whom can I make a short film. Then I thought about an eight-minute short film where Shah Rukh Khan, Salman Khan and Aamir Khan are sitting on a couch and only talking," Ranbir said.
He was speaking at an event to announce his association with Saavn, a US-based digital music company in Mumbai on August 19.
"The kind of success, fans and the work they have done, just to see them together will be something, which generations and generations will cherish. So if I get a chance to make a short film, it will be with them," he added.
Ranbir has returned to India after shooting for the first schedule of Tamasha in Corsica. He will soon start shooting for the next schedule of Jagga Jasoos.