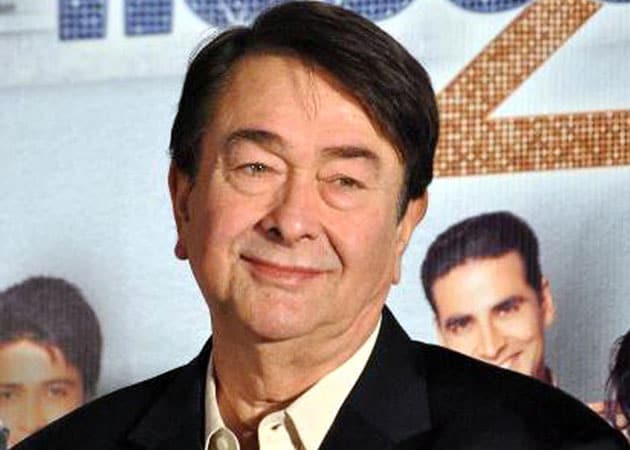 Actor-director Randhir Kapoor says he is keen to revive RK Films, the banner established by his late filmmaker father Raj Kapoor.
"Very soon RK Films will start producing many films in a year with new directors, music composers and actors. They will help us to understand the psyche of today's audience. We will keep you entertaining the way we have been doing from the past 80 years," said Randhir.
Raj Kapoor established RK Films in 1948. The first film under the banner Aag was a failure but Kapoor found success with Barsaat, a scene from which also became its logo.
He then went on to direct films such as Awaara, Boot Polish, Jagte Raho, Shri 420 and many others for the banner.
When Kapoor died in 1988 in the middle of shooting Henna, Randhir took over the studio. The last film under the banner was Aa Ab Laut Chalen in 1999.
Randhir, 66, directed three films - Henna, Dharam Karam and Kal Aaj Aur Kal under the banner.
Asked if he would direct any other film under the banner when it will be revived, the actor said, "I should have directed more but I am a lazy person and have taken a backseat."
Randhir made his directorial debut with Kal Aaj Aur Kal, which also featured his wife Babita, father Raj Kapoor and grandfather Prithviraj Kapoor.
He gave three consecutive hit films Jeet, Raampur Ka Lakshman and Jawani Diwani.
"I am very happy and satisfied with my Bollywood journey. I am a happy man. Both my children (Kareena and Karisma) are doing well. I don't do much work these days. I don't work to earn my livelihood anymore," he said.
Randhir is now seen in light-hearted films such as Housefull, Housefull 2 and Action Replayy.
"Now, I can't play the kind of characters I played in my days. I like the directors I have worked with. They respect me and Sajid (Khan) had even told me that he wrote Dabboo Kapoor's character in Housefull 2 keeping me in mind. All these mean a lot to me," he said.
Randhir will be seen in Prabhudeva's next Ramaiya Vastavaiya with Poonam Dhillon and Vinod Khanna.
"I am a fan of Prabhudeva and wanted to work with him. It's a sensible film and a very refreshing. Moreover, I was getting to work with my friends Poonam Dhillon and Vinod Khanna," said the actor, who is paired opposite Poonam in the film.