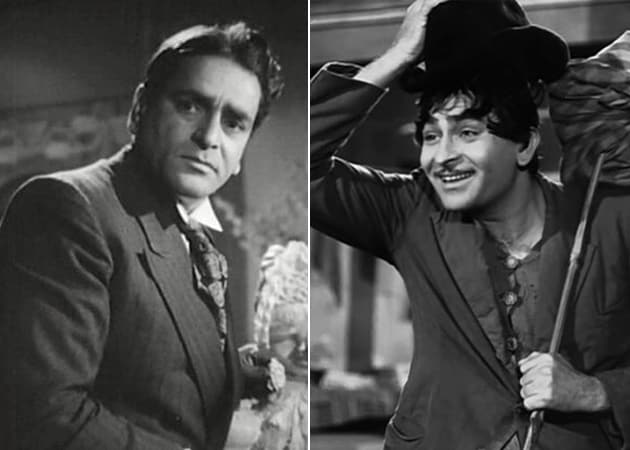 Prithviraj Kapoor and Raj Kapoor in a still form Awara.

Actor-director Randhir Kapoor says he will never remake RK Films' super hit movie Awara because nobody can step into the shoes of legendary actors Prithviraj Kapoor and Raj Kapoor.

Randhir, 67, who last directed Henna in 1991, said he thought of remaking his father's classic once but left it in the middle.

"People have often asked me to do a remake of Awara with Rishi Kapoor and Ranbir Kapoor. When I took the idea few steps forward, we all got scared. Where will we get another Prithviraj Kapoor and Raj Kappor? Where will I get composers like Shankar-Jaikishen? Lyricists like Shailendra? And also the dream sequences in the film. I am not in favour of making remakes," Randhir said.

The Housefull actor said next year they will start a new project under RK Films banner, whose last outing was Aa Ab Laut Chalen (1999) featuring Aishwarya Rai and Akshaye Khanna.

"It's my fault. Due to my laid back attitude, the project is getting delayed. By next year we will start a new film under the RK banner," he said.

Asked about the genre of his upcoming venture, Randhir said, "We will make a good film which people will want to watch and get entertained by. May be on the lines of Kal Aaj Aur Kaal."

Randhir would be next seen in Super Nani opposite actress Rekha. The film will hit theatres on October 31.