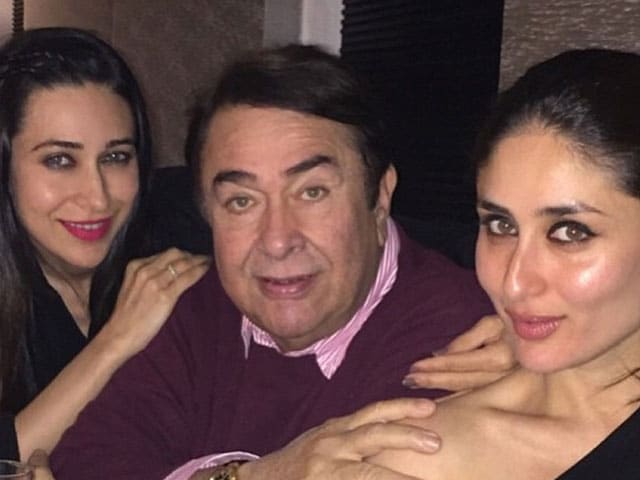 "I'm grateful to have a lovely wife and kids like Kareena and Karisma," says Randhir Kapoor

Veteran actor Randhir Kapoor, who turned 68 on February 15, always harboured a wish to make a "good movie". Now he says it may happen "soon".

"I have always wanted to make a good movie which I will be doing hopefully soon," Randhir, the eldest son of the late iconic actor-filmmaker Raj Kapoor, said in an interview.

In the past, Randhir has directed films including Henna, Dharam Karam and Kal Aaj Aur Kal, and his acting filmography includes movies like Raampur Ka Lakshman, Hamrahi and Haath Ki Safai.

Randhir, who married actress Babita, has two daughters - Karisma and Kareena, both of whom are successful actors in the Hindi film industry. He feels thankful for having a beautiful and talented family. (Also read: Kareena, Karisma and Saif Celebrate Randhir Kapoor's Birthday)

"I'm grateful to have a lovely wife and children like Kareena and Karisma. They're wonderful and I'm blessed to have received the opportunity to be a father to them.

I consider (my nephew) Ranbir as my own too, and I'm so proud of the success and adulation he has received in the industry. Their presence in my life is the best birthday present that I have ever received," he added.