Rangoon: Rangoon is a period drama set during World War II. The trailer of Rangoon releases in a few days from now 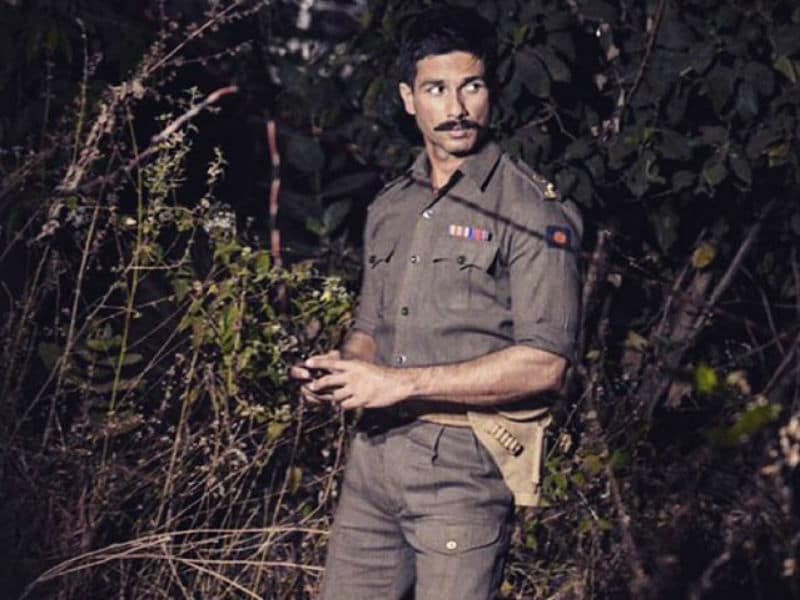 Rangoon: Shahid Kapoo on the sets of the film (courtesy: shahidkapoor )

The first poster of Rangoon is here. The makers of the war drama unveiled the first poster on Sunday also revealing the trailer release date of Rangoon. Shahid Kapoor, who forms one-third of the trifecta who star in Rangoon, tweeted the poster and wrote: "The wait is finally over and now, #Rangoon begins!" The 35-year-old actor co-stars with Kangana Ranaut and Saif Ali Khan in the war film, which is directed by Vishal Bhardwaj. Rangoon is scheduled to release in February this year, as mentioned by the director in an interview to news agency PTI. Vishal Bhardwaj and Shahid Kapoor have previously worked together in 2014 Haider and Kaminey. Saif Ali Khan and Mr Bhardwaj have collaborated for 2006 film Omkara.
Rangoon is a period drama set during World War II. Rangoon stars Kangana as an actress who gets romantically involved with her mentor, the role expectedly portrayed by Saif. Shahid, who features as a soldier, had sent the internet into tizzy when he shared his moustachioed look last year.

Presenting the most-awaited love story of 2017, #Rangoon. Trailer out on Jan 6! @shahidkapoor#SaifAliKhan#KanganaRanautpic.twitter.com/tMd5Uw1BXG

Meanwhile, Kangana was in the middle of a controversy surrounding her equation with Rangoon co-stars on the sets of the film - Kangana was rumoured to have not shared cordial terms with Shahid and Saif. Dismissing rumours, Kangana told mid-day that all was well between her and both actors. "I am different at work; I don't go in to the set wanting to party. As far as Saif is concerned, he is the classic man. I am a fan of his charms. He and Kareena (Kapoor Khan) have been extremely gracious to me. They hosted a dinner for me when I came down. I love their company. As for Shahid, we had a healthy partnership on set and I don't see any trouble between us. Of course, we weren't pally, which [is] probably [what] was misconstrued. People need to understand that we don't go to work to make friends," she told mid-day.
Actor Saif Ali Khan welcomed his first child with Kareena Kapoor on December 20. When asked about his character in Rangoon, he told ANI: "It's been a really nice experience with Rangoon. It gave me a chance to dress up as it is a period drama, set in the 1940s and my character is very well dressed. So that was good fun."
Mr Bhardwaj shared his experience of making Rangoon. "I am very happy with what we have achieved while shooting Rangoon. This film is very close to my heart and I want to make sure that this is seen as my best work ever," Mr Bhardwaj said in a statement, reported PTI.
Rangoonhas been extensively filmed in Arunachal Pradesh.