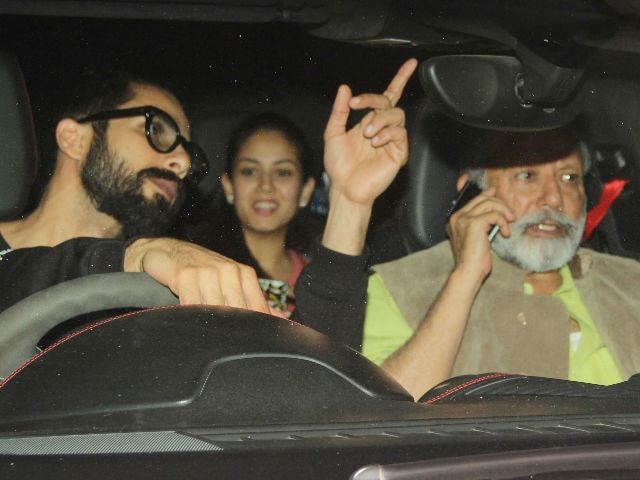 A picture of Shahid Kapoor appearing to sneak a glance at wife Mira Rajput in the backseat of the car he's driving is trending online. Shahid, 35, was pictured driving Mira, 23, and his father Pankaj Kapur (riding shotgun) to a screening of his upcoming film Rangoon. In the photograph, the actor adjusts his rear-view mirror, getting a good look at his wife while he's at it. Aww. Way to not let daddy cramp your style. Shahid and Mira, who married in 2015 and have an four-month-old daughter named Misha, made a PDA-loaded appearance together on Karan Johar's chat show Koffee With Karan some weeks ago. 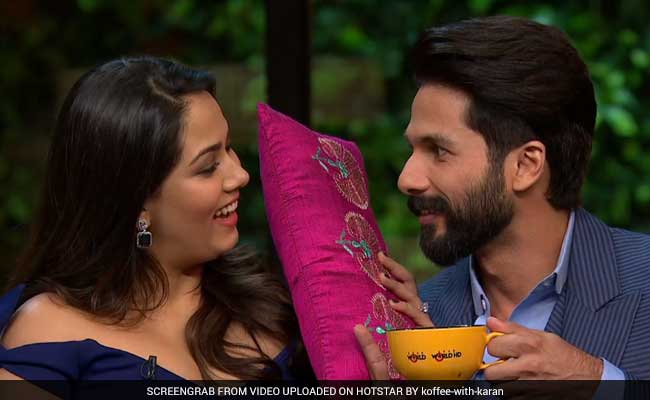 Shahid and Mira on Koffee With Karan

Shahid Kapoor co-stars in Vishal Bhardwaj's Rangoon with Saif Ali Khan and Kangana Ranaut. The film is set in the backdrop of World War II.
Here are glimpses from the screening of Rangoon in Mumbai on January 19. 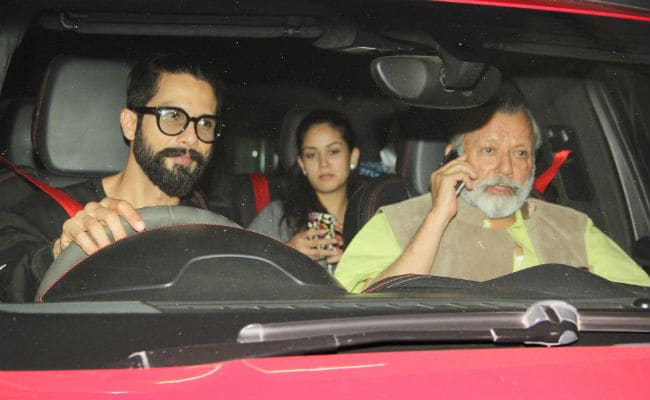 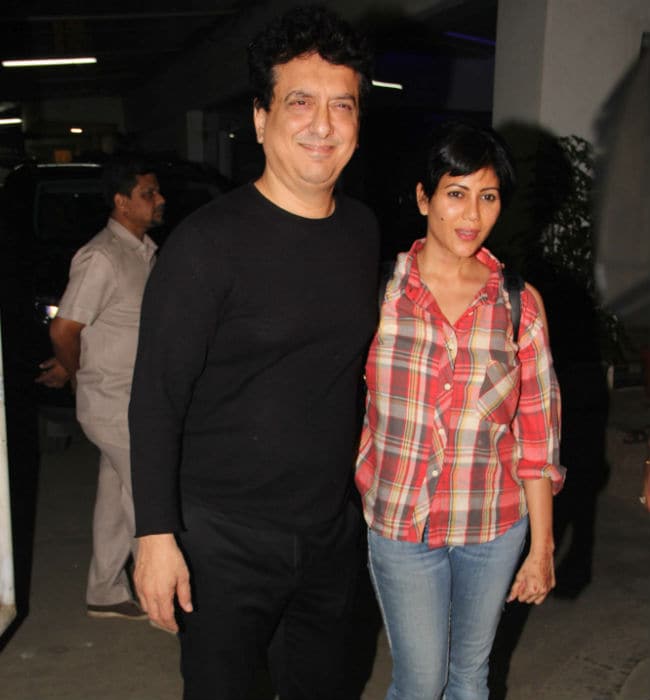 Producer Sajid Nadiadwala and his wife Warda posed for shutterbugs 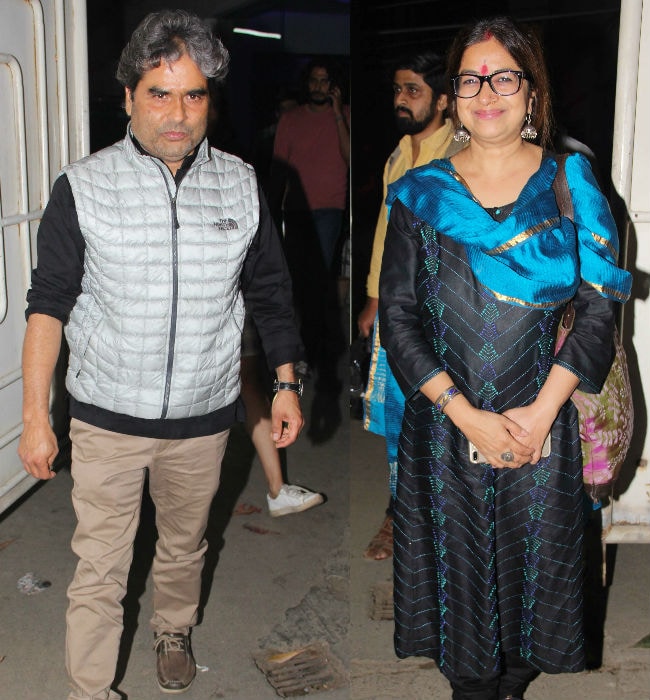 Director Vishal Bhardwaj's plus one was his wife Rekha

Rangoon, whose trailer and songs have been praised for its beautifully shot content, is slated to release on February 24. This is Shahid's third collaboration with Vishal Bhardwaj, with whom he's made 2009 film Kaminey and 2015's Haider - both were superhits. As for Saif Ali Khan, the 46-year-old actor starred in his 2006 project Omkara, an adaptation of William Shakespeare's Othello. Kangana Ranaut, 26, is working with Vishal Bhardwaj for the first time.
After Rangoon, Shahid Kapoor will get busy filming Sanjay Leela Bhansali's Padmavati, in which he stars as Raja Ratan Singh of Chittor, who was kidnapped and killed by Alauddin Khilji in an attempt to win over his beautiful wife Rani Padmavati. Ranveer Singh plays Khilji while Deepika is Bhansali's Padmavati. The film is scheduled to release in November this year.