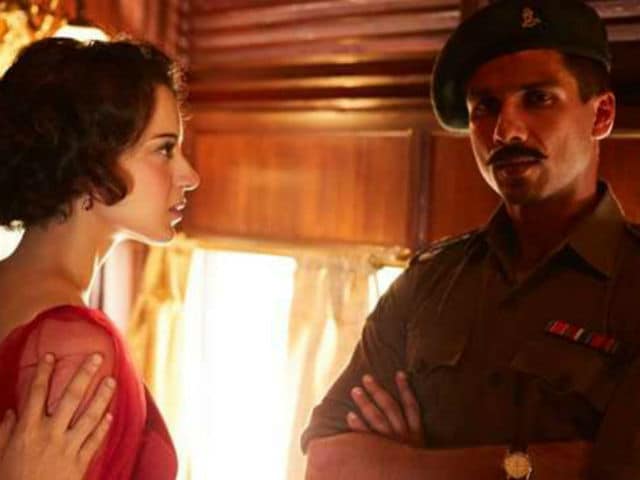 A still from Ranggon

Shahid Kapoor's film Rangoon didn't fare quite well at the box office. The 36-year-old actor recently held a question and answer session with his fans on Twitter. On being asked if he prefers dark films now, the Kaminey actor said he would be taking a break from 'dark films'. Rangoon, starring Kangana Ranaut, Saif Ali Khan and Shahid Kapoor, is a period film set during World War II. The Jab We Met actor played the role of a taciturn soldier who falls in love with a film actress, portrayed by Kangana in the film. He previously featured in Abhishek Chaubey's Udta Punjab in which he played the role of a drug addicted rockstar. The actor said that he would now prefer to do films which are 'light and fun.'

Anything light and fun hopefully https://t.co/bmVRp7Db81

A fan also asked the actor if he believed that some good films don't fare well at the box office. The actor replied: "Good films always do well."

Shahid Kapoor, who will resume shoot for Sanjay Leela Bhansali's Padmavati in 10 days, also spoke about his character in the upcoming film. He described his role as Raja Rawal Ratan Singh as 'Noble, heroic, fearless. Above all true lover.'

Noble heroic fearless. Above all a true lover. https://t.co/D6tjYQt8qq

Padmavati also features Deepika Padukone and Ranveer Singh in lead roles. The film is scheduled to release in November.