Rangoon Trailer: . Rangoon trailer will have you hooked from the very first sequence - it starts with fictional war snippets from World War 2 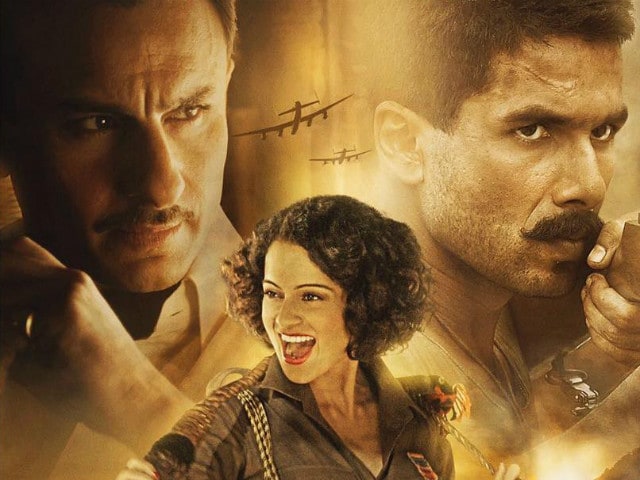 Rangoon Trailer: A poster of the film

The trailer of Rangoon, Vishal Bhardwaj's much-talked about war drama, bombarded the internet on Friday morning. Rangoon trailer will have you hooked from the very first sequence - it starts with fictional war snippets from World War 2, continues with India's struggle for Independence and builds a firm ground for Julia's appearance. Kangana Ranaut's character is introduced as Miss Julia - the heartthrob of then-Bombay's entertainment industry. "Blo@dy hell," is all she says and the men in the audience get jelly legs. Julia helps bring in Saif Ali Khan's character into the picture, who appears absolutely smitten by the star and admires her secretly. 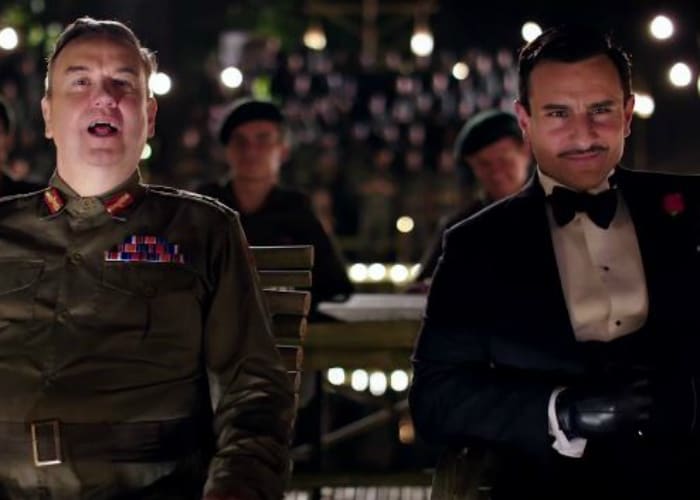 Saif Ali Khan's character reportedly plays mentor to Julia and tells her: "You're Julia, my Julia." Julia ventures to entertain Indian soldiers in Burma, where the British Indian army were up against Subhash Chandra Bose's Indian National Army. It appears that an unwilling Kangana tried to escape from a running train on her way to the war zone. Enters Shahid Kapoor, who introduces himself as Nawab Malik, the one in-charge of protecting Julia. 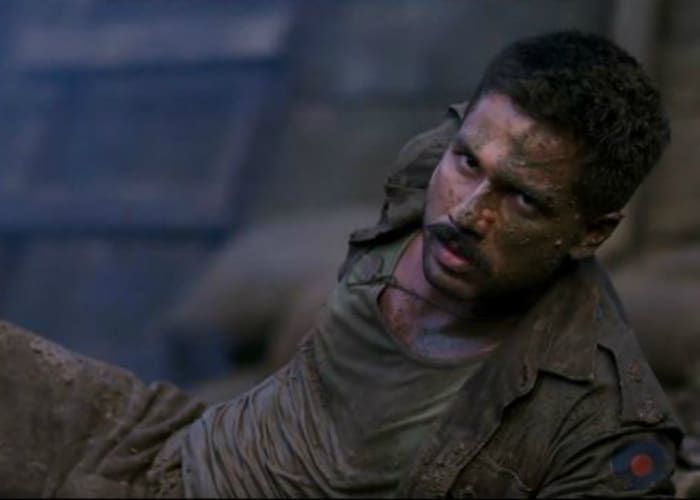 *Whistles*
Then onwards, Nawad and Julia are inseparable as they are tossed around in a war-torn Burma. News of their proximity reaches Saif who declares a personal war with Nawab to win back Julia. Who do you think wins the battle punctuated with deceit at every turn? 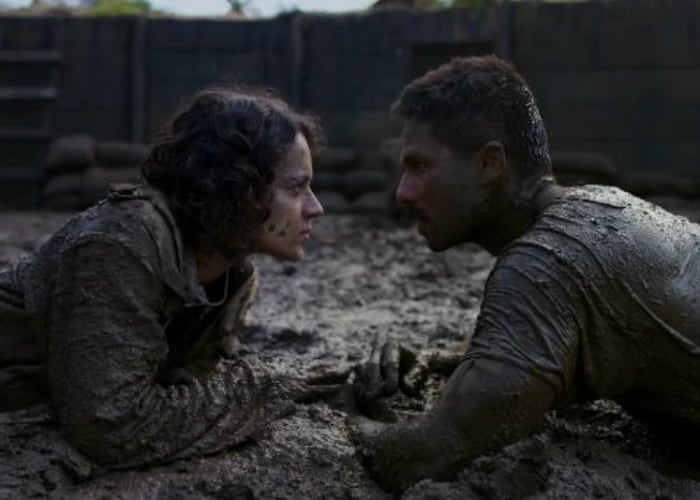 Shahid Kapoor was at work on Thursday - he piqued our interests with first look posters starring the film's trio:


Gear up for war! Bombarding you with the first look of Rangoon. @rangoonthefilm@viacom18movies@NGEMovies@WardaNadiadwalapic.twitter.com/U5laLgkUXc

Vishal Bhardwaj and Shahid Kapoor have previously worked together in 2014 Haider and Kaminey. Saif Ali Khan and Mr Bhardwaj have collaborated for 2006 film Omkara.
Rangoon releases on February 24.