Rani Mukerji: I Don't Want My Husband to Direct Me 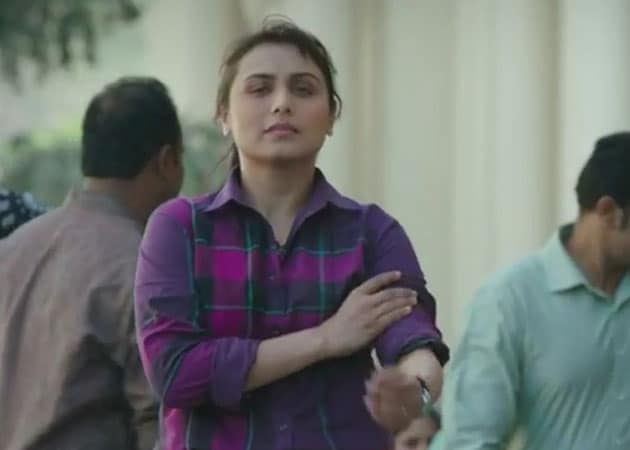 With her sights set on Mardaani, the actress said she will wait for the audience response before she signs her next film

She is a new bride and her honeymoon glow is still intact off-screen. But onscreen Rani Mukerji Chopra is pulling some mean punches. Playing Shivani Shvaji Rao, a tough-as-nails cop in her latest film Mardaani, which deals with human trafficking, Rani says that as an actor it was important for her to play the role
"I want women to empower themselves, unleash their inner shakti, stand up and fight against the wrong done to them. I cringe each time I read about girls being raped, molested, the violence against them. Can you imagine what they must go through, how their bodies, their mind and soul must be scarred? It was a physically trying film but had to be done."  (Also Rad: Rani's request to women)
The film being given an 'A' certificate by the censors didn't go down too well with the actress, who said, "We wanted the film to reach out to as many people (as possible). Girls and children are being exploited so through the film we wanted to make them aware, to see and know and to raise their voice. But by giving it an 'A' certificate who are you protecting them from? In the UK the film has been given a certificate which permits children above 12 to watch it. Why not here?"
With her sights set on Mardaani, the actress said she will wait for the audience response before she signs her next film.
So would she want her husband Aditya Chopra to direct her?
"No ways, I don't want to take orders from him on the sets because I am the one who orders him around," she said, squealing with laughter.
So what's it like being married?
Rani says, "Nothing has changed as such. Yes, I don't live with my parents (any more), but one thing I have discovered is that there are more vegetables in the market than gobi, bhindi, every day. I have to rack my brains on choosing what is to be cooked for lunch and dinner, so running a house has its own challenges."
So has she taught Aditya Bangla?
"Yes, I have taught him a few swear words and have educated him on Bengali delicacies. He knows his luchis and other stuff. And since I love Punjabi food I think we are a good match," said a smiling Rani.