Ahead of her 39th birthday, Rani Mukerji connected to her fans through Yash Raj Film's Facebook account. She spoke about her upcoming film Hichki and motherhood 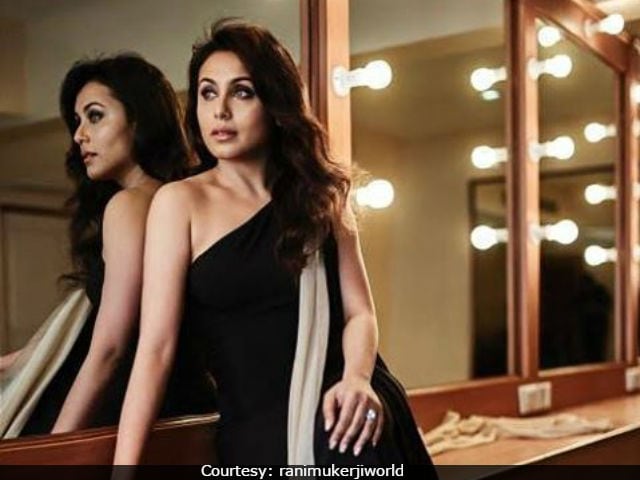 Actress Rani Mukerji, who will celebrate her 39th birthday on Tuesday, went live through Yash Raj Film's Facebook account to meet her fans and said that there was no better way to connect to everyone on her special day. She told her fans that they could ask her questions related to her work and daughter Adira. The Kuch Kuch Hota Hai actress said, "I know everyone missed me for these two years, but I was busy with Adira." Answering a question on her next film, Rani said, "My next film is Hichki. I hope to perform well and stand up to everyone's expectations. Please bless me with good wishes."
The actress said that she feels lucky and fortunate to have got an opportunity to play various characters on screen. Rani, who is known films like Black, No One Killed Jessica, Talaash and Mardaani said, "I feel amazing to be able to play so many characters. It is always exciting to play different role. As Rani, I play what I am but it's always inspiring to be other people because I portray so many powerful women on screen. Some of my characters have inspired me."

On motherhood, Rani said, "I feel great to be a mother. These two and half years, including nine months of pregnancy, have been the happiest days of my life. I am enjoying her and seeing all her milestones." She further added that after having a daughter, I am starting off a new life in my career."
Rani Mukherji, who is married to Yash Raj Films Boss Aditya Chopra, said that she would love to share Adira's pictures on social media with the fans but she wants to respect her husband's privacy. "My husband is a private person, I would love to share Adira pictures, but, I respect his privacy and till the time he doesn't want our daughter's pictures to be out, she won't do so."
Of her birthday plans, Rani said that she will be spending the day with her daughter, her husband and the entire family. Rani also spoke about her upcoming film Hichki. She said that the film is based on a positive premise which is why she decided to take it up. She also revealed that the film will go on floors next month and said that hopefully Hichki will be released this year.
Rani Mukerji, who debuted in 1997 with Raja Ki Aayegi Baraat, was last seen in 2014 film Mardaani. She has done hit films like Hum Tum, Chalte Chalte, Saathiya and Kabhi Alvida Naa Kehna.