Rani Mukerji Urges Women to 'Awaken Mardaani Within Themselves' 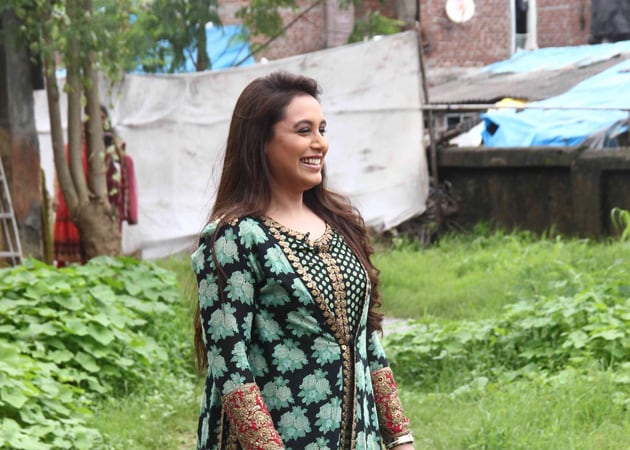 Ahead of her upcoming release Mardaani, Rani urged women to invoke the strength within themselves in light of recent escalation in crimes against women.

Days ahead of her next release Mardaani, Rani Mukerji sought blessings at the famed Kalighat temple here for the film's success and urged women to invoke the strength within themselves in light of recent escalation in crimes against women.
Rani is now married to Yash Raj Films (YRF) honcho Aditya Chopra.
"I am here to seek blessings from the goddess at the start of my new journey (her married life with Aditya) and for my next film," she said.
Mardaani, which has been directed by Pradeep Sarkar, sees Bengali actor Jisshu Sengupta in a supporting role.
Revealing that the script deals with women empowerment, the actress told reporters at the temple in Bengali, "There is a lot (of crime) going on nowadays. I urge women to awaken the Mardaani (the brave woman) within themselves and to be brave and strong." (Also Read: Mardaani becomes first YRF film to get an 'A' certificate)
When asked by media persons about her plans for the Durga Puja, Rani said she was looking forward to the ritual of 'Sindoor Khela' where married women apply vermilion on one another on the last day of the festival.