Rani Mukherji has a new admirer in Bollywood 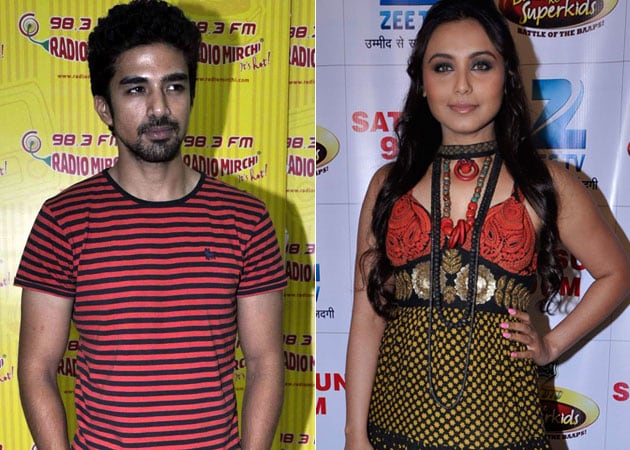 The young actor will sharing screen space with Rani Mukherji in Bombay Talkies.

Looks like Rani Mukerji has a new fan. And it's none other than the Mere Dad Ki Maruti actor Saqib Saleem.

Looks like Rani Mukerji has a new fan. And it's none other than the Mere Dad Ki Maruti actor Saqib Saleem. The actor , who shared screen space with Rani Mukherji in Bombay Talkies for the first time, said that he has watched Bunty Aur Babli more than 10 times.
Saqib said, "I am a big fan of Rani. Acting with her has given a tremendous boost to my confidence level."
For the actor, Rani Mukherji was almost like his dream co-star. He added, "Once the director says action, she is a different person altogether. It happens in less than a second. That was one thing that never ceased to amaze me because if I have to get into a particular zone I have to start preparing myself much in advance by talking to myself or analysing situations. I hope I can shift into my 'character zone' soon as well as Rani does."
And it is not just Rani Kukherji who has left an impression on Saqib. The actor also has words of praise for Randeep Hooda.
"I shot a number of scenes with Randeep. In fact, there is a sequence where he hits me really hard. After every take, he would come over and ask me, 'Bro are you all right? I hope I did not hurt you very hard'. That was so kind of him," Saqib said.