Ranveer Singh Explains Why He's Been Missing in Action on Twitter 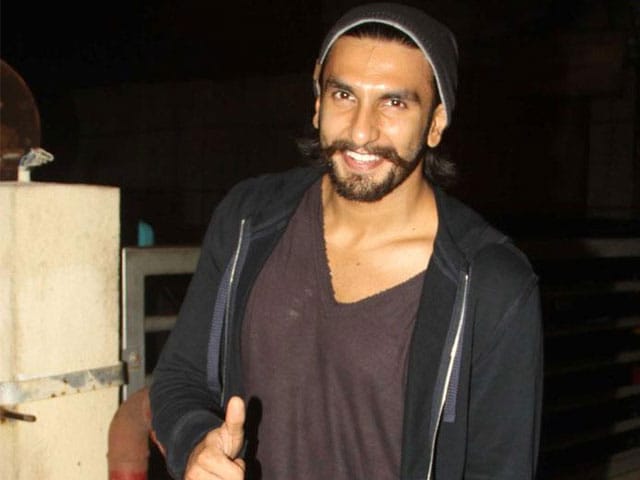 Ranveer Singh photographed outside a studio in Mumbai.

Ranveer Singh also extended an invitation to his fans, followers and friends on social media to witness the magic of Sanjay Leela Bhansali in December. The period drama which also stars Deepika Padukone and Priyanka Chopra is slated to release on December 18

Actor Ranveer Singh, who is usually active on social media and regular at Bollywood social events, said that he has been missing from action as he is "immersed" in bringing alive the "SLB (Sanjay Leela Bhansali) magic" with Bajirao Mastani.
The Band Baaja Baaraat actor essays Maratha warrior Peshwa Bajirao I in the historical drama, directed by Sanjay Leela Bhansali.
On the 315th birth anniversary of Peshwa Bajirao I, Ranveer took to Twitter to share that he is honoured to playing the 18th century Maratha warrior. (Also Read: Ranveer Singh Tweets About Bajirao's 315th Birth Anniversary)
Following which, he explained why he has been 'MIA' (Missing in Action), in a series of tweets. He also extended an invitation to his fans, followers and friends on social media to witness the 'SLB magic in December.'


Alot of you are wondering why I've been MIA for so long.... it's cause I've been completely immersed in Bajirao....

It's difficult and all-consuming....But I must admit, never before have I enjoyed performing this much....

You are all cordially invited this December to witness the SLB Magic on the big screen :)

The period drama which also stars Deepika Padukone as Bajirao's love interest Mastani, and Priyanka Chopra as Kashibai, his first wife is slated to release on December 18.