Ranveer Singh: I Thought I Was The Best Actor In The World

"The more films I do, the more I understand that I don't know anything. Every time I go on a set, I feel as if I have forgotten everything," says Ranveer Singh 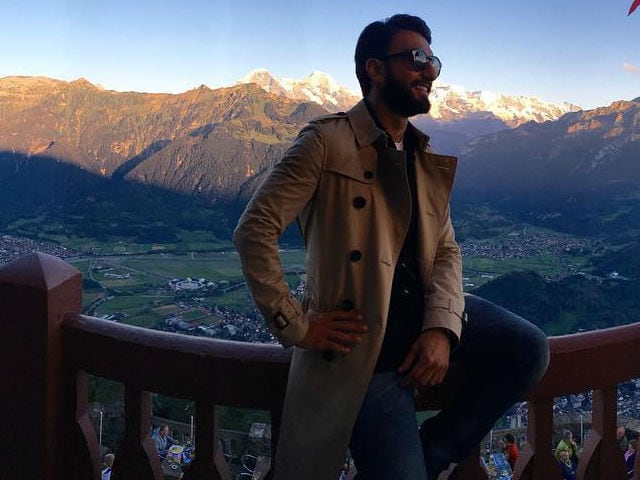 This image was posted on Instagram by Ranveer Singh

From making a promising debut with Band Baaja Baaraat to giving a critically-acclaimed performance in Bajirao Mastani, Ranveer Singh has shown tremendous growth as an actor, but according to the star himself, he has finally deconstructed his learning of the craft.
The 31-year-old actor says, in his initial days, he felt he knew it all, but now feels like he is just a beginner.
"The more films I do, the more I understand that I don't know anything. Every time I go on a set, I feel as if I have forgotten everything. When I started (with) Band Baaja Baraat, I thought I knew everything and I was the best actor in the world. But it's happening in reverse now," Ranveer told PTI in an interview.
The actor says he has now become a student of the craft.
"These days when I do films, I feel I don't know anything. I have understood that this craft is limitless and the possibilities in the realm of acting are limitless and I am hoping to explore them more."
Ranveer, who will be next seen in Aditya Chopra's Befikre, whose trailer was launched at the Eiffel Tower, says he considers himself fortunate to get some great opportunities, which contribute in his growth.

"I used to be a very different kind of actor. I am not that actor anymore and not that person anymore. I have changed a lot as an actor and as a person. I have grown for good. I am not the Ranveer of Band Baaja Baaraat or Lootera. I find myself learning something new with every film. I am blessed that every new film has something new for me to learn from," he said.
Ranveer received a lot of praise for filmmaker Vikramaditya Motwane's Lootera and the actor says that recognition made him more confident about his abilities.
"When you get validation, which for me started when I got critical acclaim for Lootera, it makes you gain a little bit of self confidence in your own abilities and then you can play with your craft," he said.

Ranveer, who started his Bollywood journey with Yash Raj Films, finds his performance in Befikre one of his best till date.
"I find Befikre to be one of my best performances. Whatever I have seen in dub, I have understood it takes a lot of fortitude to go on a live set knowing nothing at all and being almost completely spontaneous. Not knowing your pauses, actions and not even sticking to your dialogues. For me, that is a huge sign of evolution," he said.

The new-age-romance is set in Paris and Ranveer did many impromptu things while filming the project.
"I am now comfortable and confident enough to go into a scene where everything is left to the chance that we just roll the camera and see what transpires. It's a unique approach that Adi sir and I adopted and I feel it has worked like magic," he said.
Befikre, also starring Vaani Kapoor, will hit the theatres on December 9.