Ranveer Singh is Back, Describes Befikre Experience as 'Mind-Blowing' 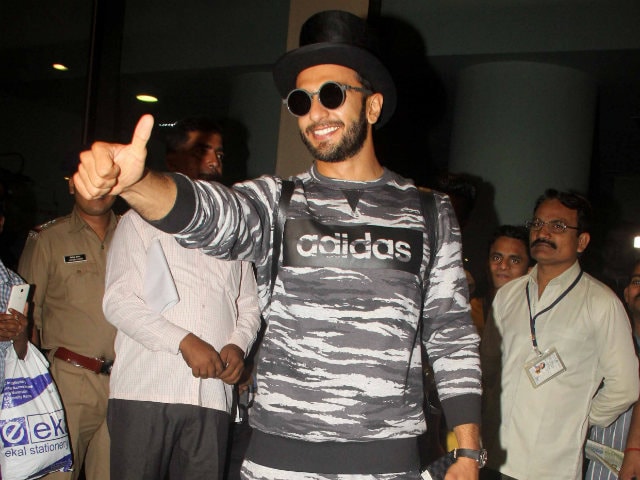 Actor Ranveer Singh, Bollywood's favourite actor, who recently finished shooting for filmmaker Aditya Chopra's Befikre, said that it was a "mind-blowing" experience.
"Befikre shooting was mind-blowing. Aditya sir is just amazing," Ranveer said.
The film has already created quite a stir among the audience as Ranveer and actress Vaani Kapoor are seen kissing in every poster released so far.
When asked about kissing scenes in Befikre, Ranveer quipped: "Yes, there are a lot of kissing scenes. What should I say! They made me kiss so many times!"
The film will see Mr Chopra in the director's chair after eight years. Befikre, Mr Chopra's fourth film as a director, comes after the 2008 movie Rab Ne Bana Di Jodi.
The film is set to release on December 9.