"I am hearing about this (Ram Lakhan remake) since three and a half years. I think they are still making it. I think right now Ranveer is a good choice for Lakhan," said Anil Kapoor 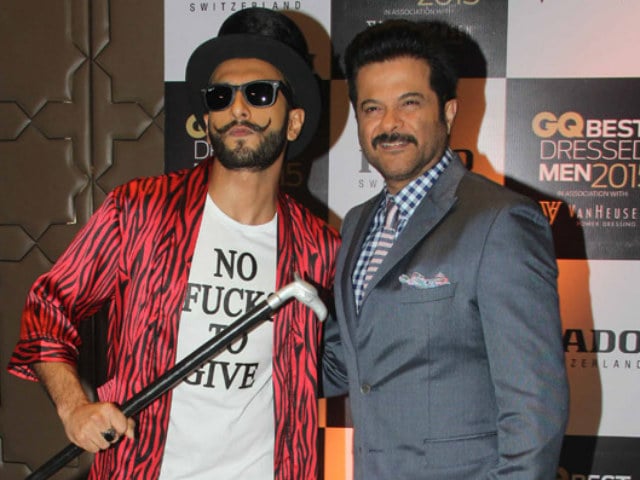 Ranveer Singh and Anil Kapoor photographed at an award ceremony in Mumbai.

Actor Anil Kapoor said that Ranveer Singh would be the ideal choice to play the role of Lakhan in the remake of Ram Lakhan.
According to reports, filmmaker Rohit Shetty will be remaking the iconic film which starred Jackie Shroff as Ram and the 59-year-old Slumdog Millionaire star as Lakhan.
"I am hearing about this (Ram Lakhan remake) since three and a half years. I think they are still making it. I think right now Ranveer is a good choice for Lakhan," Mr Kapoor told reporters in Mumbai.
The actor was speaking at an event for the International Indian Film Academy (IIFA) awards.
Mr Kapoor said over the years there are films for which he thought he deserved awards but did not get any.
"I had thought then that I should've got an award for Ishwar, Ram Lakhan. Because they used to say that popular films should be awarded so that was the most popular film. Even for Lamhe I didn't get many important awards," he said.
"There are many films like these where I didn't get any award for. There are also those films for which I didn't think I deserve an award but I got it," added Mr Kapoor.
Bollywood stars Farhan Akhtar and Shahid Kapoor are returning as the host of this year's IIFA after successfully anchoring the gala in 2014.
17th IIFA awards will be held on June 25 in Madrid, Spain. The awards ceremony will witness performances by Bollywood A-listers like Priyanka Chopra, Deepika Padukone, Salman Khan, Hrithik Roshan and Sonakshi Sinha.