Ranveer Singh Is Having A Gala Time In Switzerland. He Is Now A 'Certified Speedster'

Ranveer Singh is currently holidaying in Switzerland. The actor posted a video of him bobsleighing on Instagram 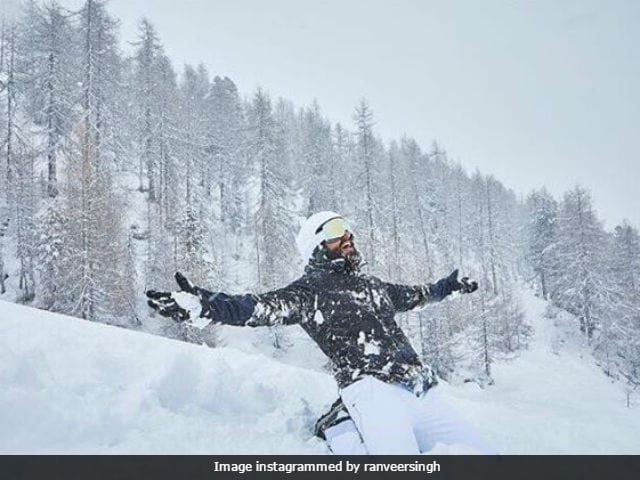 Ranveer Singh is currently holidaying in Switzerland. The 31-year-old actor was named the Indian brand ambassador for Switzerland Tourism last year. Ranveer Singh is having a gala time in the beautiful country and has been sharing some exhilarating pictures with his fans on social media. The Lootera actor recently posted a video on Instagram in which he can be seen bobsleighing. "Faster than a speeding bullet!!! #olympiabobrun @engadin.stmoritz @myswitzerlandlive #inLOVEwithSWITZERLAND(sic)," he captioned the video. Ranveer Singh also revealed that he is now a certified speedster. The excited actor shared his picture holding the certificate on social media, captioned: "Certified speedster #olympiabobrun @engadin.stmoritz @myswitzerlandlive #inLOVEwithSWITZERLAND(sic)."

The Goliyon Ki Raasleela Ram-Leela actor in a statement to news agency IANS said: "This is just spectacular, 75 seconds of pure adrenalin. As you ride on the straights, into the curves and around the high walls your nerves are tested to the limit. Thundering down the ice track at the thrilling speed of up to 150 km/hr gets your heart pumping. This action-packed adventure is something one must experience in this lifetime."
The Bajirao Mastani actor had visited Switzerland last year too. He posted several pictures while exploring the gorgeous country. During his holiday, Ranveer had tried many activities including paragliding, skydiving, wakeboarding and chocolate making.

Meanwhile, Ranveer Singh will next be seen in Sanjay Leela Bhansali's Padmavati along with Deepika Padukone and Shahid Kapoor. He is also working with Zoya Akhtar on her next venture titled Gully Boy along with Alia Bhatt.
(With IANS inputs)