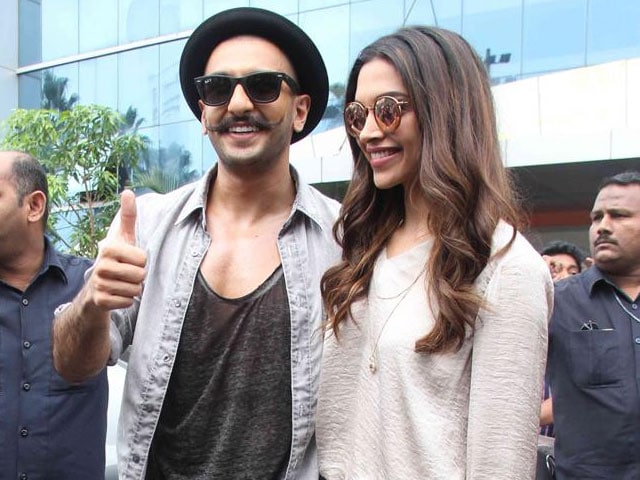 Ranveer and Deepika photographed at an event in Pune.

There's a Ranveer Singh-shaped hole in Mumbai right now. The 30-year-old actor has been spotted in the Canadian city of Toronto. It's likely not a business trip - Toronto is where Ranveer's Bajirao Mastani co-star and rumoured girlfriend Deepika Padukone is filming her Hollywood debut with Vin Diesel.
Lest we forget, Valentine's Day is almost upon us and we'll let this Instagram post from Toronto blogger 'mrwillwong' do the talking:


Check it out! Already a rage in India! #XXX@deepikapadukone all the best for your 1st day of shoot! Kill it! pic.twitter.com/Pa5sx88Oet