Ranveer Singh Says He Always Wanted to do a Mother's Role

Ranveer said, "I always wanted to do a role of a mother. And thanks to Rohit, I finally got to play this part." In between Rohit quipped, "Its good Ranveer did not say that I made him a mother" 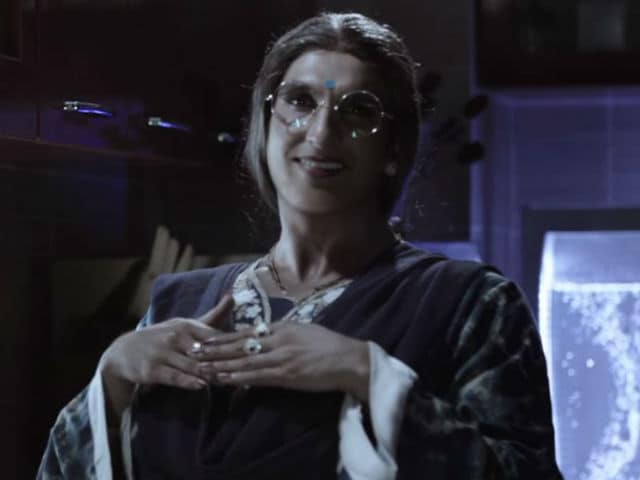 A still from Ranveer Ching Returns.

Bollywood actor Ranveer Singh, who plays a mother in Ranveer Ching Returns, says that he always wanted to do the role of a mother.
The Rohit Shetty-directed ad film for a leading food brand was released on Friday. The six-minute-long video stars Ranveer Singh and Tamannaah Bhatia.
Ranveer said, "I always wanted to do a role of a mother. And thanks to Rohit, I finally got to play this part." In between Rohit quipped, "Its good Ranveer did not say that I made him a mother."
The ad film shows Ranveer as a messiah of masses, and is packed with high-octane action, a romantic angle, dance number and not-to-miss moment.
In the film the actor is starring in his own mother's role as Maa Ching, dressed as an old lady. The advert is packed with all the ingredients of a mini-film and plenty of madness and special effects.
Director Rohit Shetty while addressing the media spoke about the madness one needs to make such a TVC. "One needs to be little mad for this kind of thing. We all are little cracked in upper chamber. You must have seen in my film. you need to be little mad for this line of work. I was giving it a lot of thought; should I do it, How to do it? Then Ranveer Singh Joined the team and he said let's go all out and do it," said Rohit.
Rohit said, "Special effects in the film are done by Ajay Devgn's company. And though Ranveer never shows off but he is a very good scriptwriter as the basic concept of the ad was also by Ranveer."
Baahubali actress Tamannaah is all happy working with the Bajirao Mastani actor and says, "The way you portray heroism is one of its kind. I think Ranveer is superhot in this ad. He is baap of heroes."
The dialogues in the film are written by Milap Zaveri.
(Except for the headline, this story has not been edited by NDTV staff and is published from a syndicated feed.)